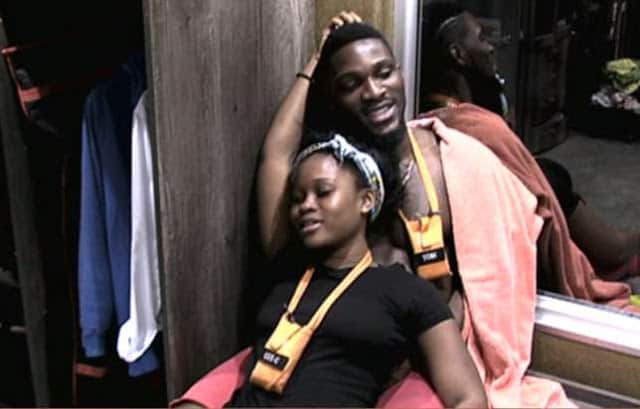 Tobi speaks on why he can not put Cee-c up for eviction. (Photo credit: Naijaloaded.com)

Big Brother Naija 2018 housemate, Tobi who emerged the head of house for the fourth time in the house has revealed why he cannot nominate Cee-C for eviction, recall that Tobi once put Cee-c up for eviction in the house which lead to their fight.

Tobi revealed during his dairy session that he can not put Cee-C up for eviction because of the inconsistency in their relationship. The lovers have been seen to make up fast when they fight in the house.

Tobi told Biggie “I cannot put Cee-C up because of our ‘off and on’ relationship.

I would feel bad putting her up, relationship will change in the house as a result of return of two housemates and i think Khloe will come for Cee-C.