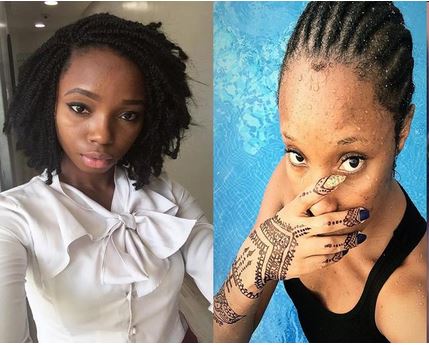 Bambam speaks on her parents been angry with her. (Photo credit: Naijaloaded.com)

Big Brother Naija 2018 Housemate, Bambam, has stated reasons that could get her parents disappointed for her actions in the house.

Speaking during her diary section, Bambam said her parents who are disciplinarians and conservative do not believe in some actions she has been played out in the house.

Recalls that Bambam’s family friend, Fisayo Awonuga, had alleged that her parents were angry with her for allegedly having sex with Teddy A in the toilet. She further explained that her parents wants her to be a career woman but she wants to be on the reality show.

Bambam said, “My parents might be disappointed with me but I just hope they are not. “They are disciplinarian and conservative, they don’t believe in somethings I have done in the house.

“I might have disappointed them with my actions in the house. My parents want me to be a career woman but I am here in Big Brother house because this is my life and I want this.

“Although I have no regrets, I want to apologize to my parents for my actions.”