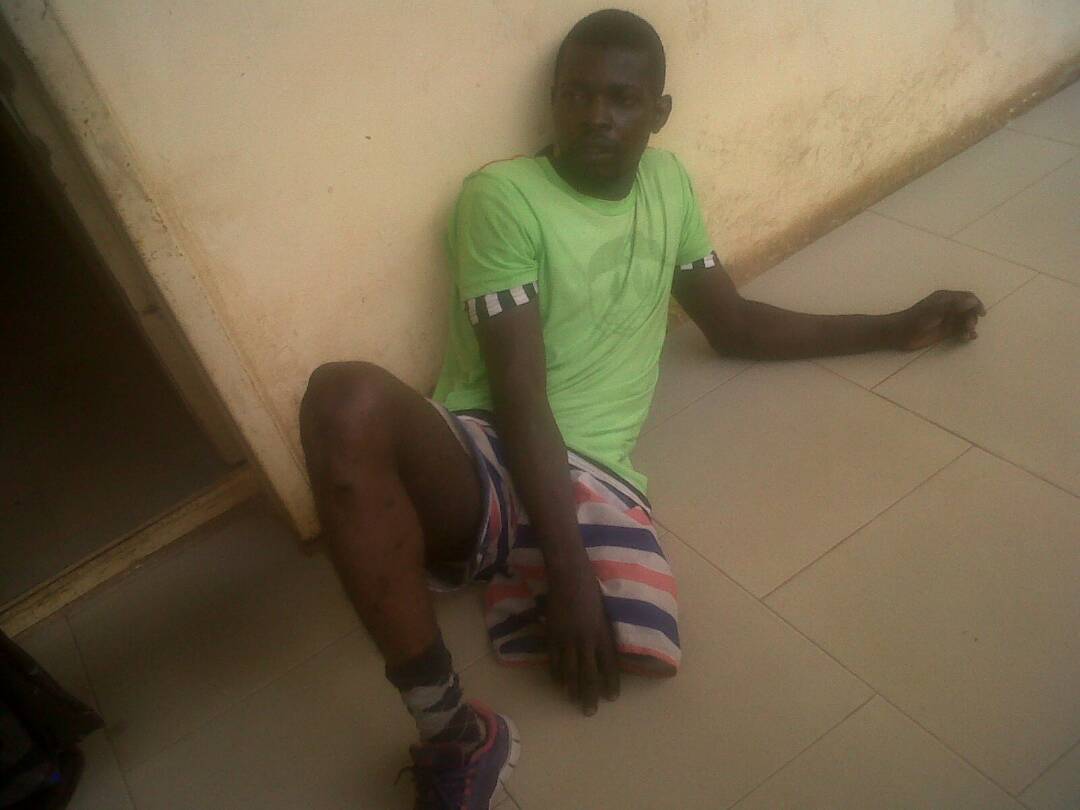 A one legged suspected armed robber, Mr. Akinola Akeem has been arraigned   by the Ejigbo Magistrate’s Court yesterday.

According  to report gathered by  Naija News Akeem was arrested after he removed his artificial leg and climbed the ceiling of a popular shopping complex in Lagos to steal at night. 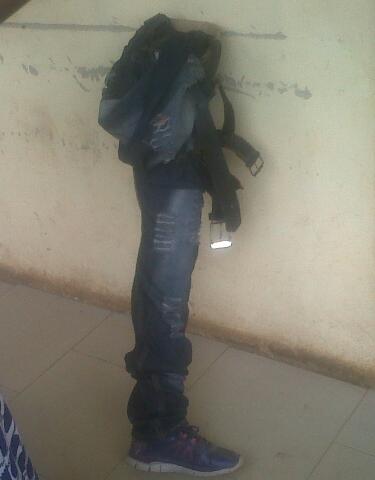 The father of four, as gathered, stormed Hub and Hub shopping plaza at about midnight, removed his artificial leg with which he climbed the ceiling of the storey building to gain entrance into two shops.

But luck ran against him after some guards attached to the complex discovered the artificial leg and foot marks on the wall. While conducting a search round the plaza , the suspicious guards were alerted by noise from one of the shops and raised the alarm.

The suspect, as gathered, was found inside the ceiling where he hid.

One of the guards, Sheu Sanusi, told Vanguard that “he remained in the ceiling for over one hour, refusing to come down. After much threat to shoot him if he did not come down, he eventually did.

“He came down the same way he climbed. He used his artificial leg that was leaning on the wall as an aid. Nobody would have believed an amputee could do that.

“He admitted that he was going to steal and that he usually came from Ijebu-Ode to steal in Lagos. He begged us to allow him go, promising not to come there again. But we handed him to policemen at Shaha division.”

The suspect was charged to the Ejigbo Magistrate court yesterday, for burglary, where he pleaded not guilty. He was granted bail by Magistrate F.K.J. Layeni in the sum of N50,000 with two sureties.

He was, however, remanded in prison custody, pending when he would perfect the bail condition, while the case was adjourned till April 25.