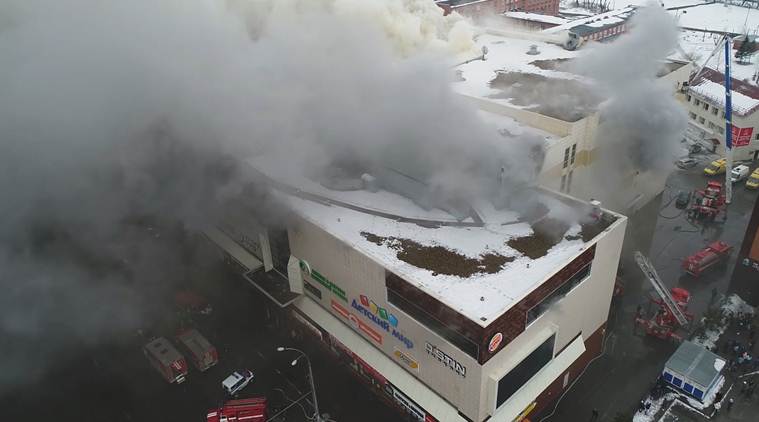 About 64 people has been declared died while 10 others, declared missing in a fire that razed through a shopping and entertainment complex in the Siberian coal-mining city of Kemerovo.

The blaze started on an upper floor of the Winter Cherry complex while many of the victims were at the cinema.

According to preliminary information, the roof collapsed in two cinemas,” Russia’s Investigative Committee said in a statement.

The cause of the fire is not yet known and authorities have launched an investigation. it is believed that most of the victims are children.

The region’s deputy governor Vladimir Chernov was quoted as saying the fire began in a children’s trampoline room.

“The preliminary suspicion is that a child had a cigarette lighter which ignited foam rubber in this trampoline room, and it erupted like gunpowder,” he said.

Some 660 emergency personnel were deployed in the rescue effort. Firefighters tackled the blaze for more than 17 hours. (NAN)