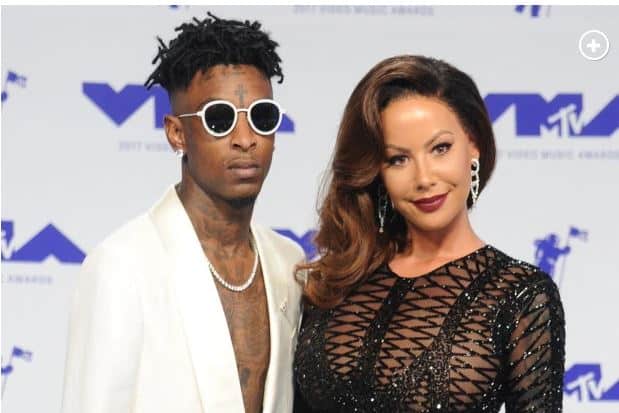 Amber Rose has finally come out to confirm the breakup between her and her lover 21 Savage. The SlutWalk founder confirmed she and the rapper have split while appearing on “Big Boy’s Neighborhood” radio show Friday.

“To be in a relationship, in general, is very difficult and to be famous and in a relationship is even more difficult because you have teams and people,” Rose explained. “Then you wind up and arguing about things that you wouldn’t usually argue about as a normal person, but I love him.

“I really love him. I miss him,” she continued. “I think about him every day.”

Although she and 21 Savage aren’t dating anymore, Rose doesn’t consider herself technically single because she’s not “ready to mingle.”

“I can’t say that I’m single because in my heart I still love him,” Rose shared. “My heart is still with him.”