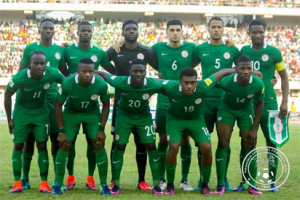 In a keenly Contested encounter, Victor Moses scored a controversial winner as Nigeria defeated Poland 1-0 in an international friendly played on Friday at the Municipal Stadium in Wroclaw.

The chelsea striker broke the deadlock when he sent home a penalty kick in the 61th minute when he was kicked down in the box.

The Nigerian side, which seems not to be too coordinated in the midfield, stunned the Polish side by frustrating their numerous chances.

Deportivo La Coruna’s Francis Uzoho also had to make a couple of saves from Robert Lewandowski, although he endured several nervy moments.

The goal came against the run of play, as the Poles were completely dominated from the first half and even had a perfectly good goal ruled out, even though the ball crossed the line.

Gernot Rohr’s men will now play Serbia in their second friendly of this international window in four days time.