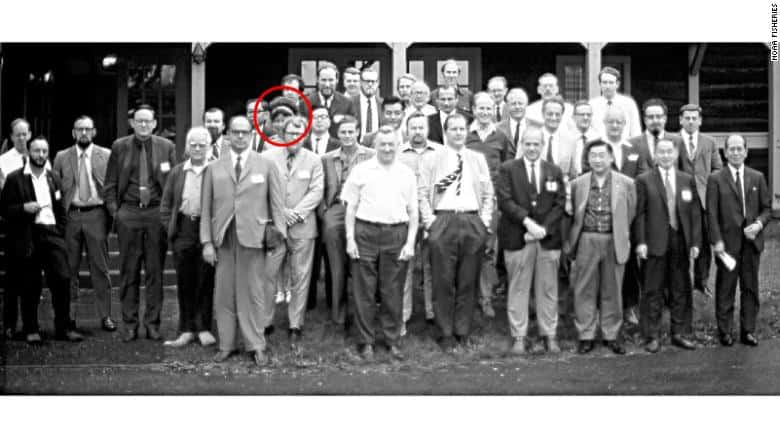 When Candace Jean Andersen came across a photo of a group of people at a 1971 science conference in Virginia, she noticed that the only person who was unidentified in the caption was a Black woman.

Candace, who is a books illustrator, was doing some research for a children’s book on orcas when she stumbled into the mystery.

In an old article, she discovered a photo of scientists at the 1971 International Conference on the Biology of Whales in Virginia. And she noticed something: Amid the sea of male faces — 37 of them — was a lone woman, her face partially obscured. 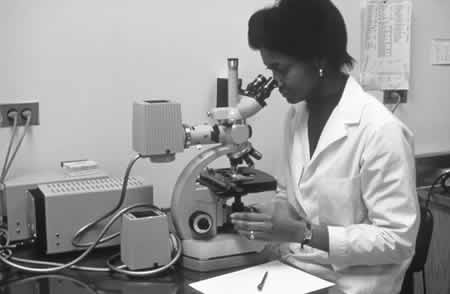 Sheila Minor huff in her lab as a young scientist. Style photo

The article named all the men, but the African-American woman was listed as “not identified.”

“Not identified, why? Who is she? What did she contribute to the conference? What’s her story?” Candace wondered.

She started looking for answers

“It bothered me for days not knowing who this woman was. If she was there, at that conference, she’s got to be important. I need to know her,” Andersen said.

Finding her seemed like it would be tough, reason being that the picture was more than four decades old. Complicating things even further, the woman was standing behind another marine biologist, so only half of her face was visible.

So, Candace posted the photo on Twitter and asked for help.

She tweeted: “Hey Twitter I’m on a mission: The woman in this photo was an attendee at a 1971 International Conference on Biology of Whales. She is the only woman, & the only one captioned ‘not identified’ in the article I found the photo in. All the men are named. Can you help me know her?”

Candace doesn’t have a huge Twitter following, so she wasn’t expecting much. But the tweet soon caught on and people all over the world joined the search.

After following a few false trails, social media detectives, with help from an archivist at the Smithsonian were able to confirm within days that the woman was Sheila Minor Huff. At the time, she had been a biological specimen analyst at the Fish and Wildlife Service.

Huff went on to have a 35-year scientific career with the American government and retired 12 years ago as a high-ranking environmental protection specialist.

Candace tracked Huff down on Facebook and the women talked on the phone for almost an hour. 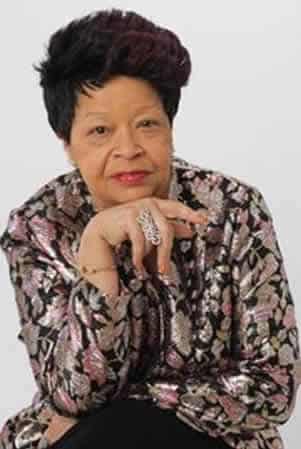 Huff, who’s now 71, lives in Virginia. She wasn’t aware of the social media search until Candace contacted her.

“I had to go to open a Twitter account to see what all the fuss was about,” Huff later said.

Huff said she never really worried about being identified, or recognized or celebrated, because she is passionate about natural resources and just wanted to get the job done.

“I do consider myself hidden because what’s important is the outcome,” she said.

Her work took her all over the country and she took on more and more responsibility as she rose through the ranks. At one point, she ran a Department of Interior office in Chicago and even got to drive one of the city’s L subway trains when she was overseeing a project.

“They let me do that,” she said with a laugh.

Now, Huff focuses on being a grandmother, driving around in her convertible and taking belly dancing classes. She’s had a love for dance her whole life.

“Always have a Plan B where you can go to your happy place,” she said. “It relieves me of stress and worry, it’s good exercise and I think it helps people lead a better life.”

Candace said talking with the mysterious woman after the global effort to find her has been inspiring.

“I have considered writing a book about the events or Sheila herself,” she said. “I wish the finding of Sheila could become a piece of a bigger picture; like that of a series of episodes about uncovering unnamed or unrecognized women in STEM.”

Huff repeatedly said that she never set out to be recognized for her work. “It’s no big thing not being named. When you know inside yourself, who you are and what you are, does it matter?” she said.

But she did think the attention was kind of nice. “My other friends have told me ‘It’s about time the world knew about you.'”

The woman in this photo was an attendee at a 1971 International Conference on Biology of Whales.

She is the only woman, & the only one captioned “not identified” in the article I found the photo in. All the men are named.

Can you help me know her? pic.twitter.com/MifZvdRXRr