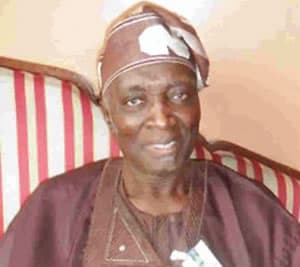 The Secretary General of the Yoruba Council of Elders, Dr. Kunle Olajide, has faulted the north as been a major hindrance to Nigeria’s development.

Olajide said this in reaction to the statement by the Chairman of the Arewa Consultative Forum and a former Inspector General of Police, Alhaji Ibrahim Coomassie, who declared that without the north, Nigeria cannot survive.

Olajide said this in Osogbo yesterday during the first memorial lecture of Nathaniel Abimbola put together by the Osun State Council of the Nigeria Union of Journalists.

Abimbola was a veteran reporter with the Osun State Broadcasting Corporation, but lost his life in an accident along the Ife-Ibadan Expressway last year.

Olajide, who was the chairman on the occasion, said the North was home to the Boko Haram which was costing the Nigerian government billions of naira, religious crisis, killer herdsmen as well as numerous negative indices of quality of life.

He said, “The newspapers reported the Arewa Consultative Forum as saying that Nigeria cannot survive without the North. Whatever was meant by that statement credited to the ACF chairman remains to be understood.

“However, I congratulate him for accepting that the North as it is today represents all that is wrong with Nigeria. The North-East is ravaged by insurgency costing the country billions of dollars annually. The North-West is home to religious crisis, the North-Central is ravaged by herdsmen of northern extraction. Collectively the North is home to all negative indices of the quality of life. Infant mortality rate is highest in the North.

The YCE scribe said the North staged-managed the military coup which removed President Shehu Shagari from power on December 31, 1983. He said the northern oligarch feared that there could be revolution in the country and they allegedly planned the coup with the military in order to ensure that power remained in the North.