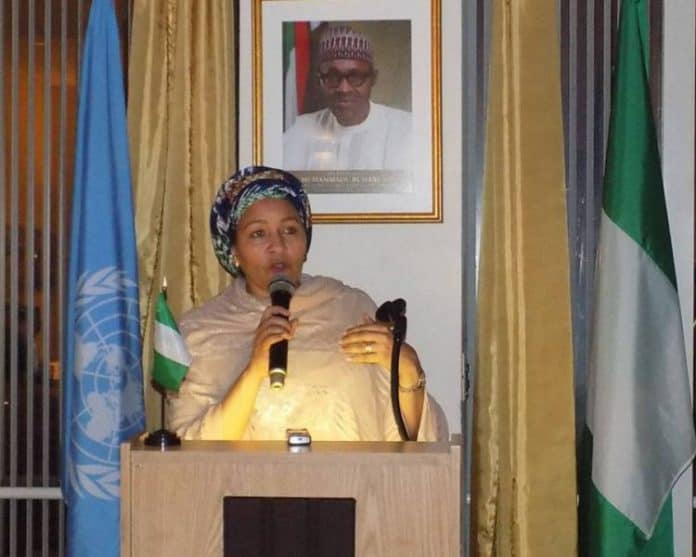 UN Deputy Secretary-General, Ms Amina Mohammed, said it was critical to strengthen areas of Lake Chad Basin that have been freed from the grip of Boko Haram terrorists. Mohammed, in a video address to the Security Council, also called for efforts to rebuild the lives of women and girls that had suffered at the hands of the terrorist group. Naija News Learnt

Mohammed, speaking via video conference from Liberia where she participated in celebrations to mark the end of the UN peacekeeping mission noted the liberation of hostages as well as territorial gains.

“It is now key to stabilise the areas that have been reclaimed, and that we seize the opportunity to really promote sustainable development,” she said.

Mohamed was joined by Mohammed Bila, a representative of the Lake Chad Basin Commission based in N’Djamena, and Senior Conflict Adviser at Adelphi, Chitra Nagarajan.

She also stressed the need to incorporate human rights and gender dimensions into activities aimed at countering terrorism or preventing violent extremism. According to her  the increase in Boko Haram’s use of women and girls as suicide bombers could be due to a lack of women security officers who could search other women at checkpoints.

The UN deputy scribe therefore called for more international action to support children affected by the upheaval in the region.