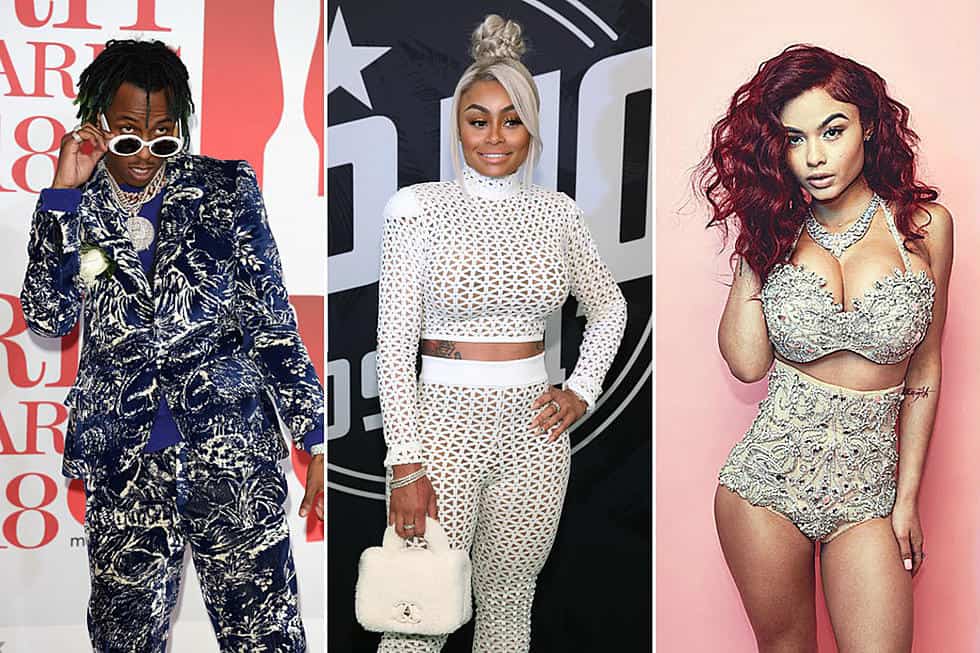 Rich the kid’s wife files for divorce after accusing him of cheating with Blac Chyna. (Photo credit: Olisa.tv)

Rich the Kid who has been accussed by his wife to be involved with Blac Chyna, has seen Blac Chyna’s name being dragged in the mud again.

According to TMZ, the rapper’s divorced wife, Antonette Willis, who is also known as Lady Luscious, has filed for divorce, and this is coming as a result of rumours and accusations that he cheated on her with Blac Chyna, India Love, Tori Brixx, Bria Myles, and Miracle Watts.

Willis used her husband’s phone and logged on to his Instagram page, to call him out for having multiple affairs. The rappers wife claimed he was spending money on those women and none on their children.

The post was quickly deleted but not after fans had made screenshots.

Rap-Up reports that the couple’s relationship has been rocky ever since Willis accused Rich of domestic violence in 2016. He denied the allegations at that time, saying, “Beat up females? No. I don’t do that. I’ve never put my hand on a female in my life,” but he has yet to speak up since the news of his multiple affairs surfaced.