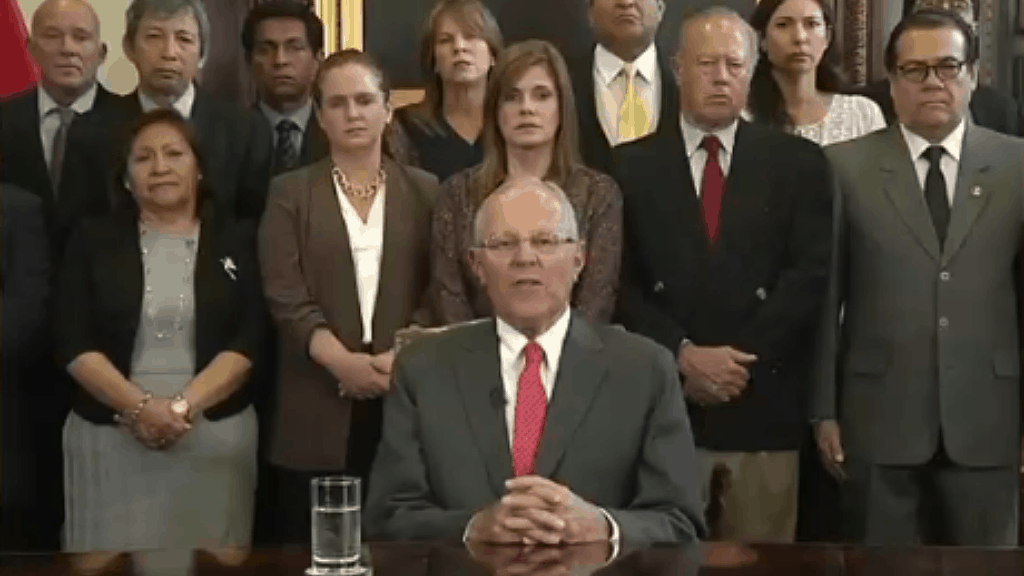 Peru’s President Pedro Pablo Kuczynski  has announce his resignation, barely 24 hours before he was to face an impeachment vote in Congress. The 79-year-old former Wall Street banker, under fire over his links to Brazilian construction giant Odebrecht, denied allegations of bribe-taking but said his resignation was

“I do not want to be an obstacle, for the country to continue suffering with the uncertainty of these recent times,” said the president, who survived a previous impeachment vote in December.

Vice President Martin Vizcarra, who is currently serving as Peru’s ambassador to Canada, is likely to replace Kuczynski to avoid early elections at a time of widespread voter discontent with political parties.

Pressure built on Kuczynski to resign throughout Wednesday after the opposition alleged the embattled president was trying to buy votes ahead of the impeachment ballot.Lawmakers from Keiko Fujimori’s Popular Force party released recordings of her brother Kenji and others apparently negotiating public works contracts with a government official, and said it was proof that Kuczynski was trying to buy votes.

“This government thought it could buy everything. There will always be brave and worthy Peruvians who are not for sale. It’s time to tell Mr PPK that he’s leaving, and NOW!” Keiko Fujimori tweeted, using the president’s initials.

The videos, dating from December, were filmed ahead of the previous impeachment vote, which Kuczynski survived with Kenji Fujimori’s help. Days later, Kuczynski pardoned the Fujimoris’ imprisoned father, ex-president Alberto Fujimori, in what was widely seen as a payoff for support.

The government had  however  denied vote-buying. Kuczynski said during the week he was confident of defeating the impeachment vote.