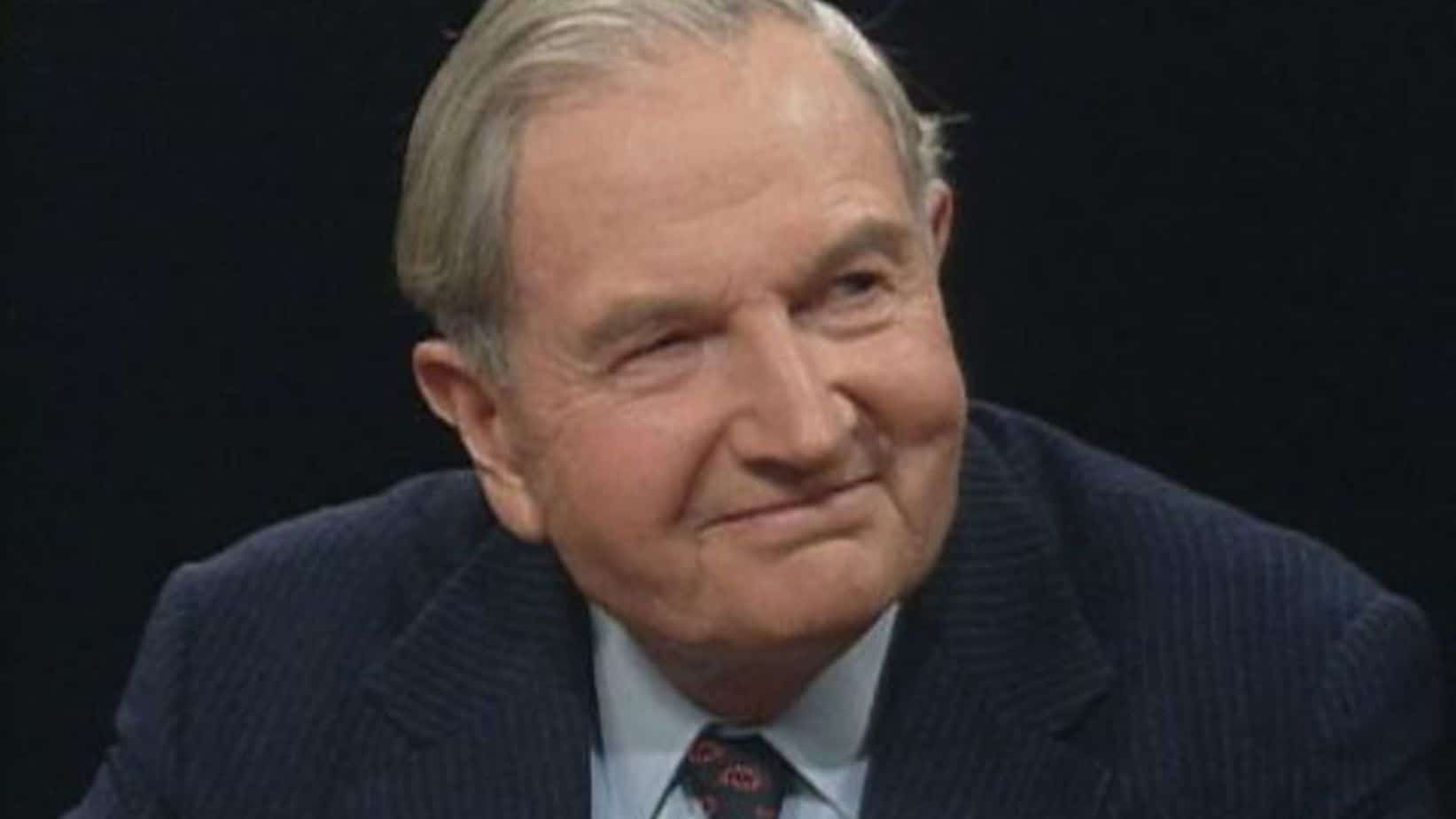 American billionaire and philanthropist, David Rockefeller has died peacefully, at the age of 101.

According to family spokesperson, Fraser P. Seitel, he died in his sleep at home in Pocantico Hills, New York, on Monday. 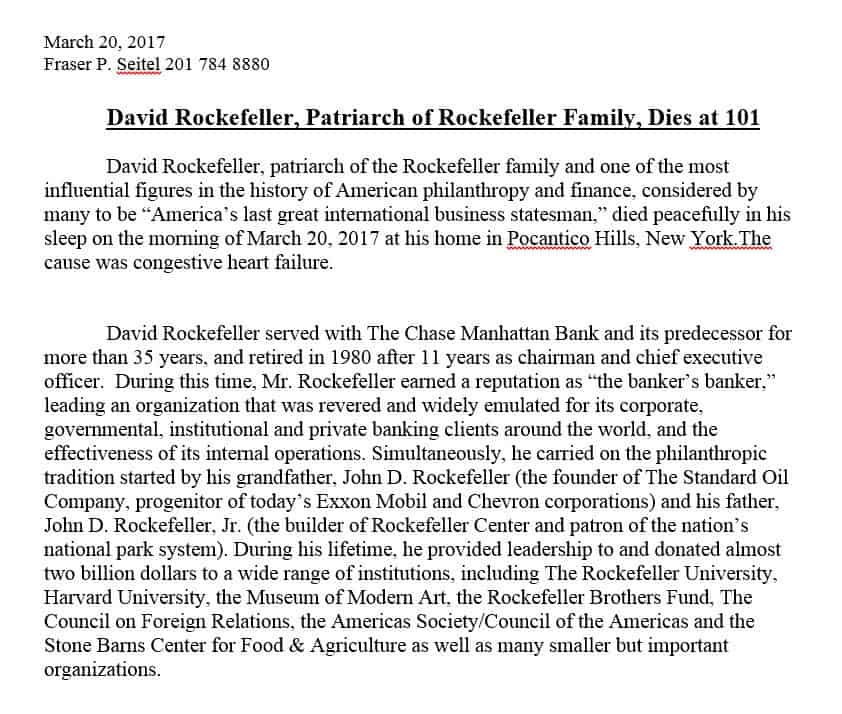 The Rockefeller Foundation in a statement confirming his death, described Rockefeller as “one of the most influential figures in the history of American philanthropy and finance, considered by many to be ‘America’s last great international business statesman’.”