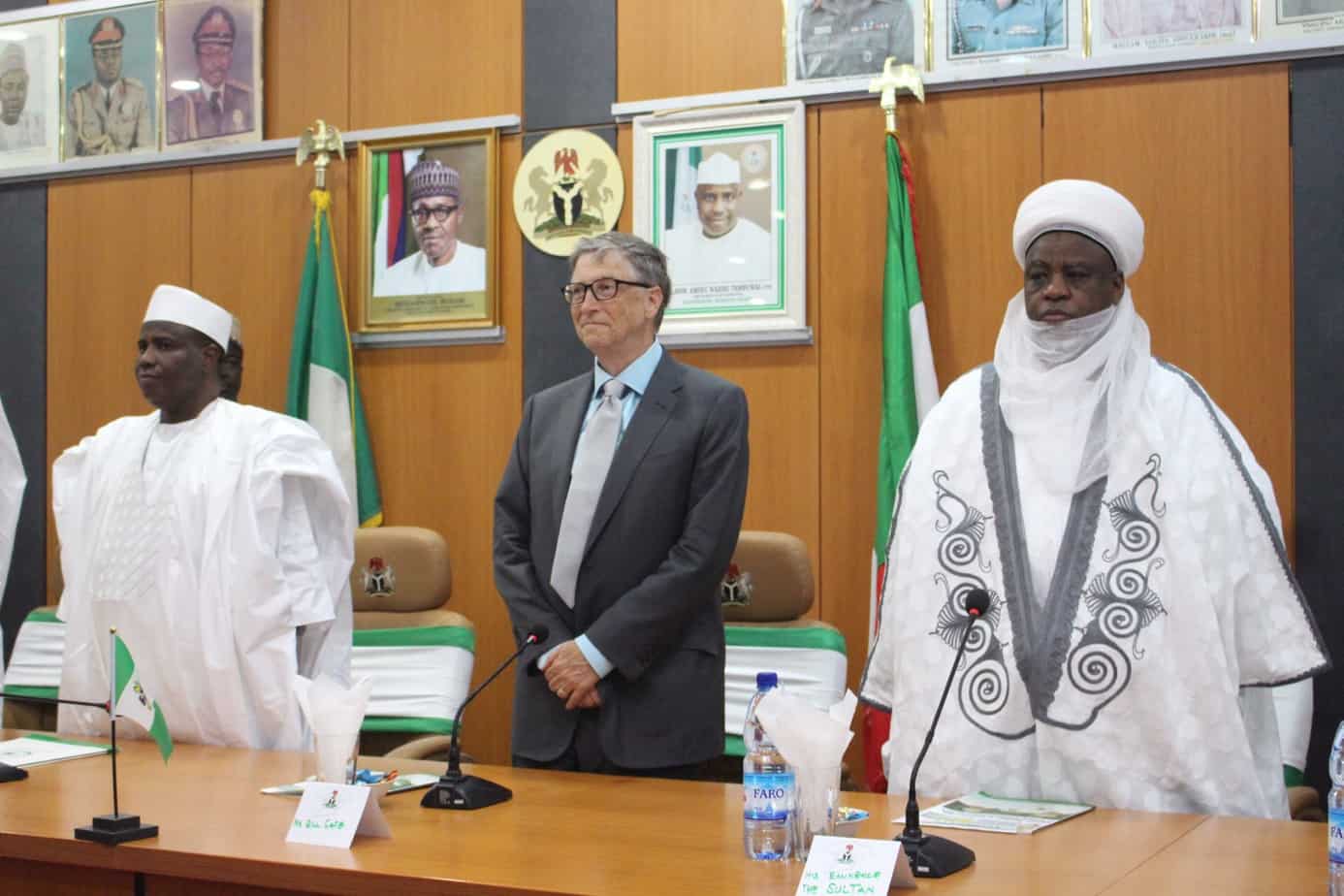 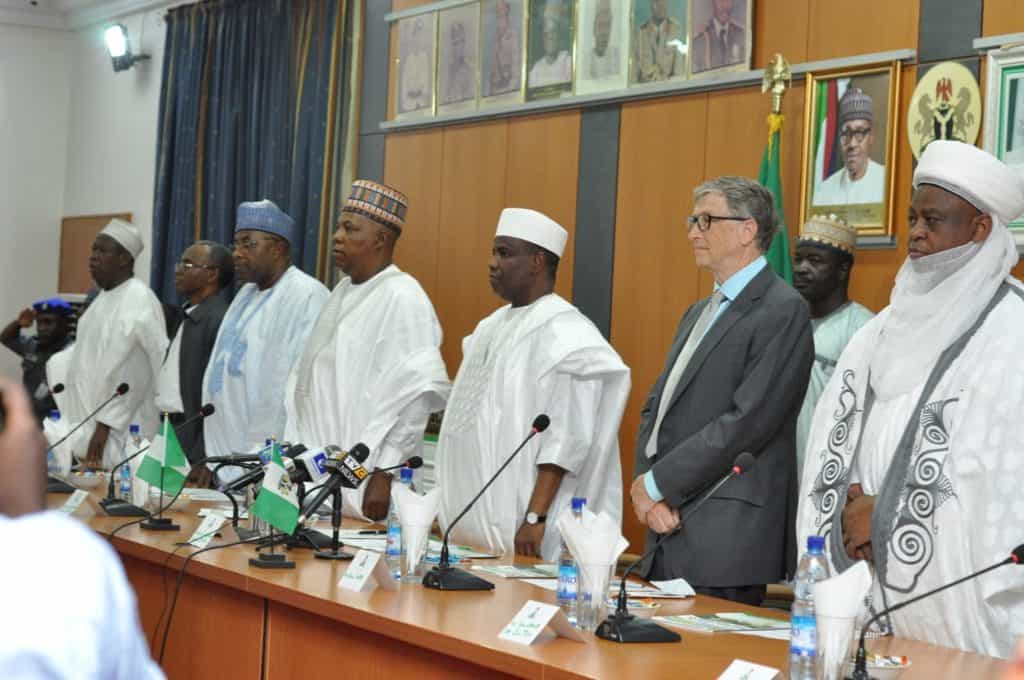 The Co-chair of Bill and Melinda Gates Foundation, Mr. Bill Gates has signed a Memorandum of Understanding (MoU) with six northern governors on the extension of routine immunization in the region with a call on them to review their campaigns to ensure the eradication of polio.

Speaking at a community engagement meeting and signing of MoU at the Government House Sokoto, Gates urged the governors and traditional leaders in the North to intensify efforts and campaigns in order to ensure maximum coverage.

“With increased campaigns, we should be able to get high percentage coverage to check challenges and progress made.
“Vaccinations are phenomenal in their impact because a child that has not been vaccinated is twice likely to die. We can prevent millions of deaths through routine immunisation and we will not relent in our commitment towards that,” he said.

He described the meeting with the governors as a good step in the right direction aimed at eradicating polio and diseases in the region.

Gates harped on the need for increased community participation and commitment of traditional leaders and local government councils to ensure the eradication of polio.

He also stressed the need for parents to follow up on vaccination in order to ensure high coverage levels.
Gates, to this end, reaffirmed his commitment and support towards the eradication of polio in the country.
In his remarks, the President of Dangote Foundation, Alhaji Aliko Dangote, said the fight against the polio scourge requires sense of urgency and commitment by all stakeholders.

He restated his continued support towards the eradication of the disease in the country. The Sultan of Sokoto, Alhaji Muhammad Sa’ad Abubakar, described poverty as an impediment towards the attainment of a healthy society.  He said the support and efforts of Bill Gates has gone a long way in tackling polio and made positive impact in the lives of the people in the North. He commended Bill Gates and Aliko Dangote for their support and efforts towards tackling polio and other diseases in the north, describing it as unprecedented.

“Since Bill Gates visited Sokoto in 2009, he has been doing his best to see to an end to the polio scourge and other diseases. I hope Gates and Dangote will not look back until poverty and the diseases are tackled.

“Somebody that is Impoverished cannot be said to be healthy. So, I really commend them for their support to humanity because we have seen the positive effects on the society.

“We are committed and ready to go extra mile to ensure that success is achieved so as to have a healthy society where everybody can feel a sense of belonging,” the monarch added.

He stated that it was also aimed at eradicating polio and other diseases in states particularly in the North and Nigeria in general.The governor noted that through the combined efforts of Bill Gates and Dangote Foundation, Sokoto has achieved modest success and shown enthusiasm in eradicating polio.

Tambuwal  commended Bill Gates for his service to humanity, saying his gesture has touched millions of lives across the world.