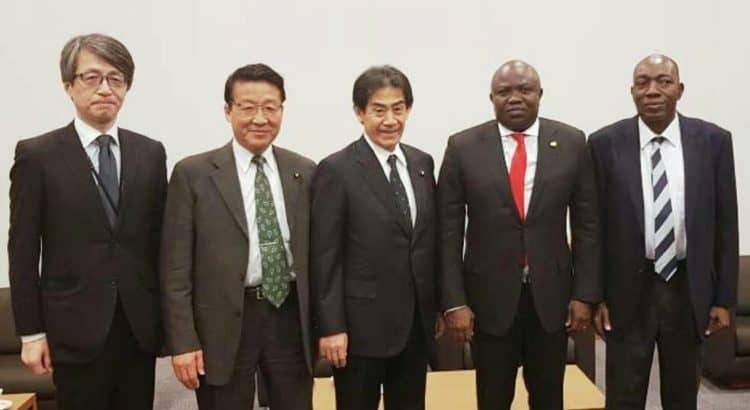 The Governor of Lagos State, Gov. Akinwunmi Ambode has held talks with Japanese investors during the Japan-African Union Parliamentary Friendship Committee interactive section in Tokyo on how the transportation system in the State can be improved.

Ambode, in a statement signed by his Chief Press Secretary, Mr Habib Aruna, said the meeting which was to woo Japanese investors, was being attended by two members of Japan House of Representatives.

According to the statement, Ambode’s visit to Japan is in line with the governor’s determination to achieve infrastructure renewal for the state.

“As a government, the renewal of infrastructure of Lagos State is of paramount interest to us.

“We cannot afford to miss the train of regeneration going around the world. We must continue to seek comprehensive and holistic solution to the various challenges confronting us.

“Lagos and Tokyo share many similarities including huge populations which require a comprehensive transportation and urban management strategy to deal with.

“Japan is also a city Lagos should aspire to be, in terms of vertical development, land space optimisation, and efficiency,’’ Ambode said.

NAN reports that the meeting is being attended by the Japanese Ambassador to Nigeria, Mr Sadanobu Kusaoke, the Nigerian Ambassador to Japan, Malam Mohammed Yisa.

Naija News understands that during the week, the Governor also visited the headquarters of Yurikamome Incorporated, a light rail transportation facility, which connects the down town Tokyo with Tokyo Waterfront City.