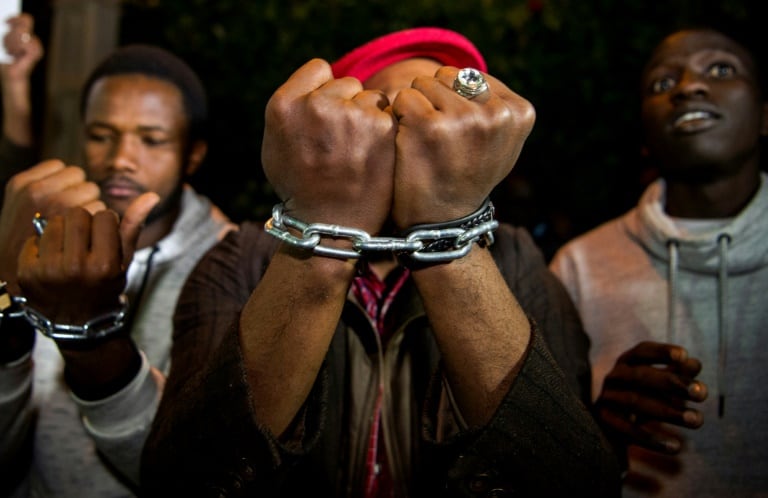 The Ministry of Foreign Affairs on Wednesday said that Federal Government was working round the clock to ensure the freedom of all Nigerians remaining in the slave camp of Libya.

The Foreign Affairs Spokesperson, Dr Tope Elias-Fatile told newsmen in Abuja that the ministry was in constant touch with the Nigerian Mission in Libya over the matter.

He said so far, the government is making progress in ensuring their release.

However, he stated that the challenges faced is the some of the migrants do not want to return, despite the governments effort.

“On the evacuation of Nigeria from Libya we are making good progress in that regards, I spoke with the Charge d’ Affairs in Libya few weeks ago over the issue.

“Some of the challenges the mission had, has to do with documentation of Nigerians in some areas that were difficult to access

“They have now begun to have access to some of them, not all. Those whose documentation has been completed are still being evacuated as we speak,” he said.

Elias-Fatile said that Federal Government was concern about the welfare of Nigerians living abroad and would do everything to protect them within the limit of the law.

He urged Nigerians abroad to always respect the laws of their host countries and avoid running afoul of those laws, which he said sometimes, put Nigerian missions in a tight corner.