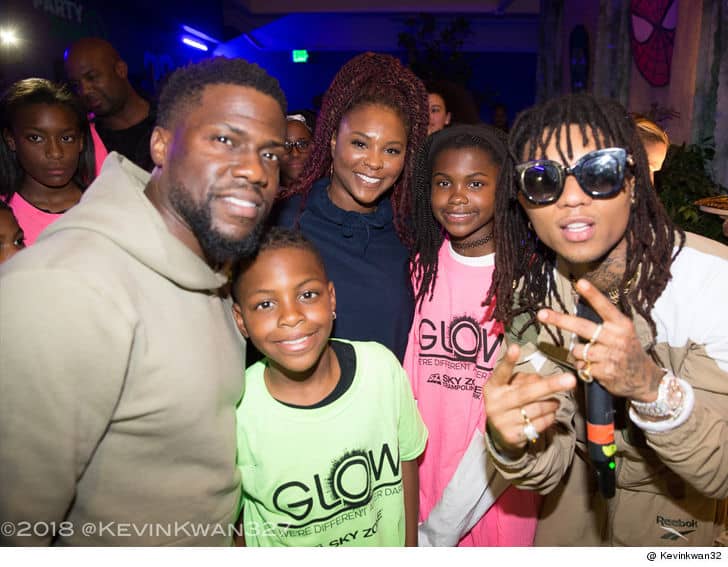 Kevin Hart and his ex-wife, Torrei, took time out to celebrate their daughter who turns 13 in a very special way, the birthday was a “Black Panther” themed celebration.

Kevin and Torrei, who were formerly involved had been publicly beefing about him cheating on her, but they together put the aside because of their daughter, Heaven. Her birthday bash was thrown over the weekend at Sky Zone Trampoline Park in the San Fernando Valley.

We’re told they rented the entire joint and gave “Wakanda Forever” a whole new meaning, with “Black Panther” as the theme, though other Marvel characters like Captain America and Hulk also made their presence known.

Alot of performance was done in the birthday party, with some African dressed up in the black panther attire sang and Rae Sremmurd, Heaven’s favorite group, also performed.

Kevin’s wife, Eniko, was there, and we’re told she and Torrei were very cool with each other despite their history. As we reported Torrei called Eniko a homewrecker, to which Kevin took offense.