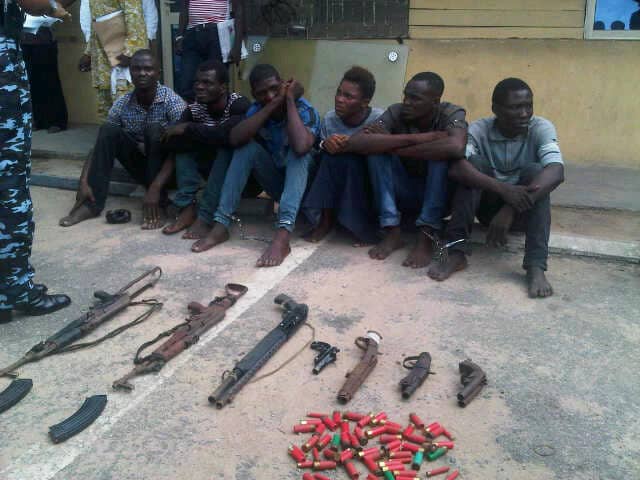 The police in the Federal Capital Territory, Abuja said they had apprehended a gang of armed robbers who had been terrorising residents of the Sauka Federal Housing Area.

Naija News learnt that the robbers, about 30 in number, were operating in the street, when the police received a distress call, and stormed the area.

The robbers reportedly engaged the police in a gun battle.

Naija News gathered that two of the robbers were shot dead while three escaped with gunshot injuries. Three others were, however, arrested. With items such as a locally-made pistol, nine Plasma Television sets, shoes, and a knife.

The spokesmen for the Federal Capital Territory Police Command, Manzah Anjugri, who confirmed the arrest, urged residents to cooperate with the police to rid the FCT of criminal elements.

He said, “In another operation, we arrested six persons in the Banex area during a stop-and-search operation and we recovered firearms and Indian hemp from them. The suspects will be transferred to the investigation department for further investigation.”