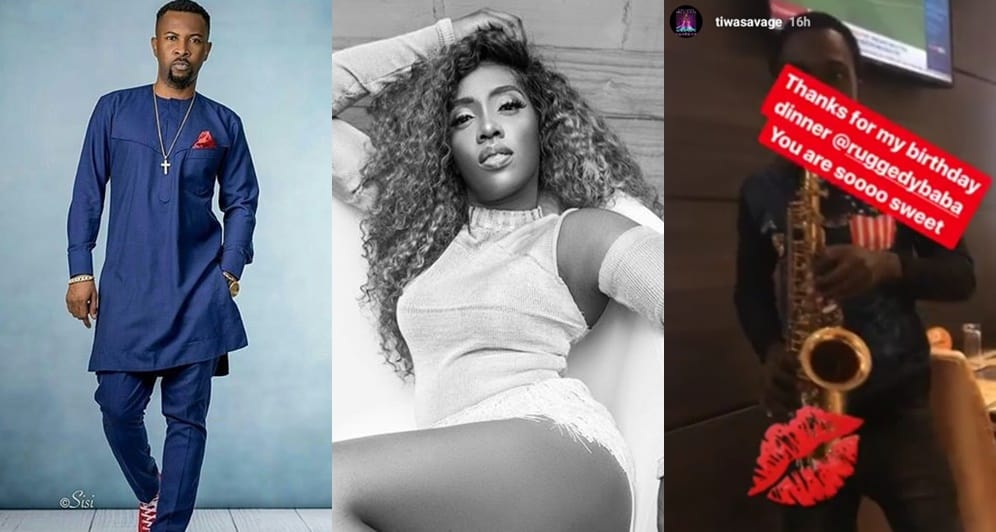 Report has it that Tiwa Savage and Ruggedman might be dating, this believe is making rounds after the rapper planned a 5 star surprise birthday dinner for the Mavin signed act.

Tiwa Savage who took to her Insta story to share a picture from the dinner date and wrote in the caption;

“Thanks for my birthday dinner @ruggedybaba You are soooo sweet“.

Just this last week, it was reported that, Tee Billz relocated to the United states, a week ago after his failed marriage to Tiwa Savage. Some fans are hoping the rumors isn’t true as they will be highly disappointed with her. Many hope this alleged dinner is a friendly gesture by Ruggedybaba and not what we are thinking.