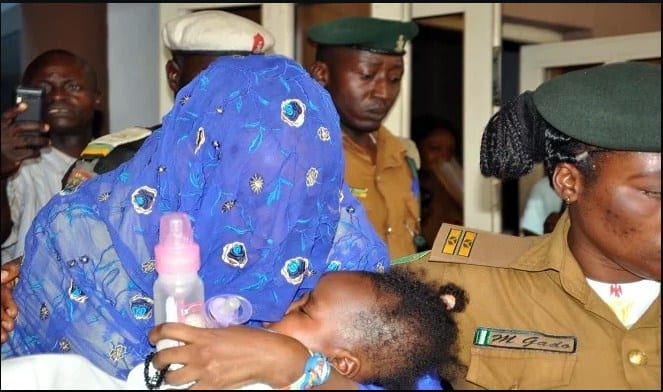 A prosecution witness in the trial of Maryam Sanda for alleged killing of her husband, Bilyamin Bello, disappeared after arriving in court earlier today. Naija News Learnt

The witness, Alhassan Abdulmumin, had arrived the court premises with the prosecution team to testify in the two-count charge of culpable homicide brought against Mrs. Sanda and other defendants by the Police.

Others accused alongside Mrs. Sanda are her mother, Maimuna Aliyu, her brother Aliyu Sanda, and her house help, Sadiya Aminu.

The prosecution counsel, James Idachaba, while explaining the disappearance of the witness, said Mr. Abdulmumin left the court because he probably thought his testimony would not be heard based on the issues that arose during Monday’s court hearing.

“We arrived the court together, My Lord,” said Mr. Idachaba .The case was however  adjourned till April 19 and 20.

Mrs. Sanda and the other accused are facing trial at a High Court of the Federal Capital Territory for the alleged offence committed in November 2017.