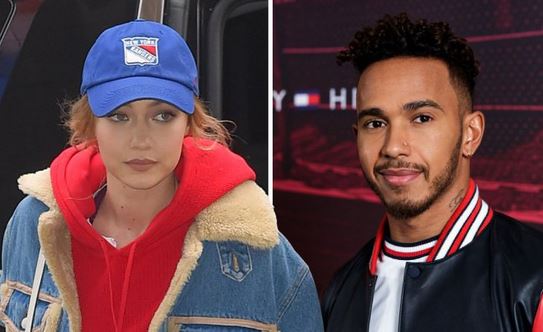 Gigi Hadid seems to have moved on from her break up with Zayn Malik after two years as she is been seen having a nice time with Formula One champion Lewis Hamilton.

The Victoria’s Secret star recently confirmed her split from the Pillow Talk singer, but there’ll be no pining for her with Hamilton to lean on.

According to The Mirror, the pair who featured in an advert for Tommy Hilfiger together earlier this month have been exchanging ‘flirty texts’ and are starting to get real close.

‘They have a big connection,’ an insider reportedly told the British newspaper.

This isn’t the first time Gigi has been linked to the F1 legend, as they were thought to have gotten close after her split from Cody Simpson, in 2015.

But things seem not to go the way of the 22-year-old as Lewis was previously thought to have dated the model’s best friend, Kendall Jenner, as well as Winnie Harlow and Rihanna.

There were rumours the reigning F1 champ was seeing Gigi’s elder sister, Bella Hadid, after snaps of the pair enjoying the sunshine on a yacht in Monaco.