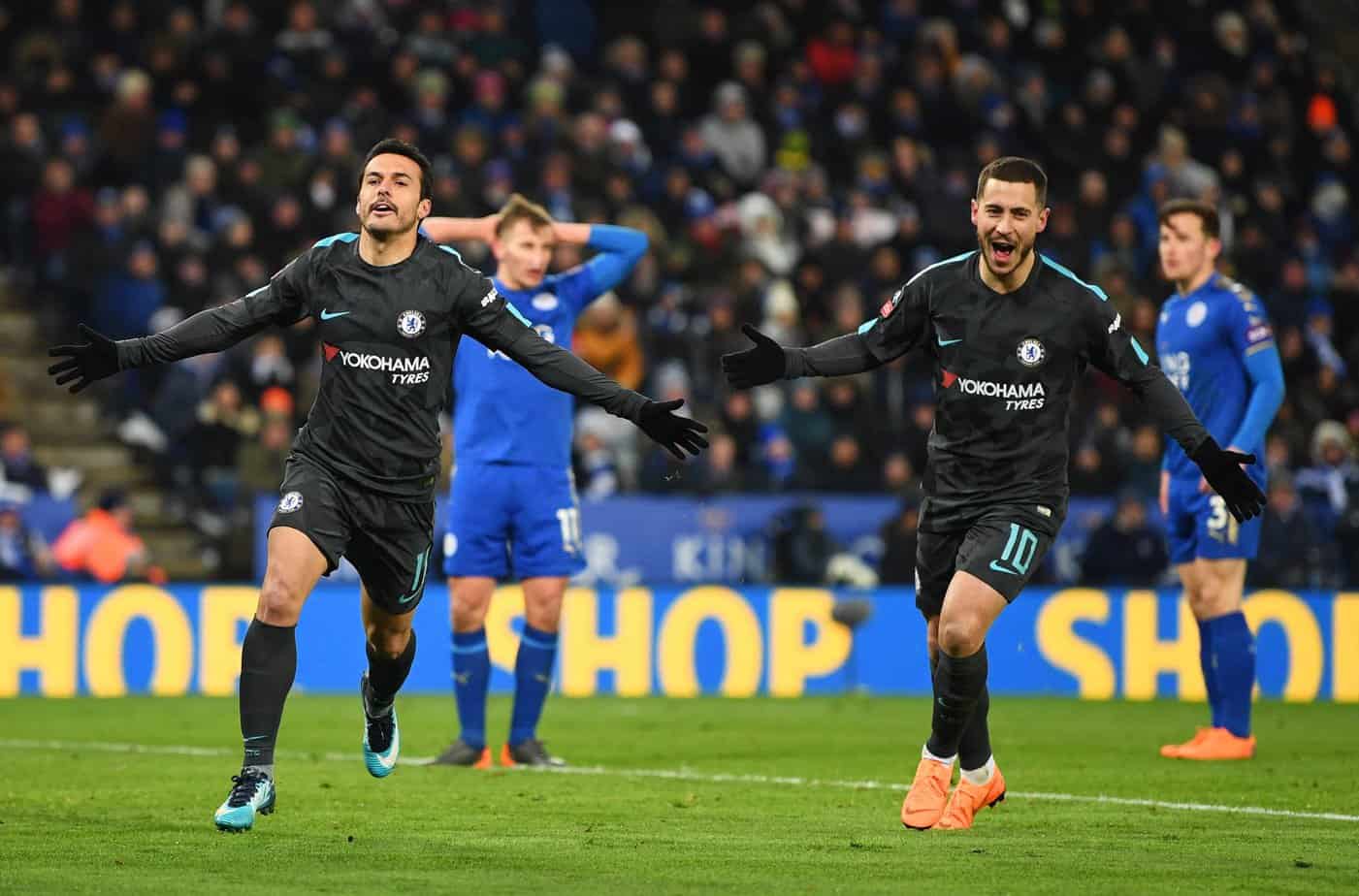 Chelsea are into the semi-finals of the 2018 FA Cup and Antonio Conte’s men will be quietly confident of securing an eighth victory in England’s oldest club competition. The Blues were far from their best against Leicester City in the quarter-finals but Pedro’s extra-time winner has given Chelsea the incentive to push on and challenge for silverware. With a favourable final four clash with Southampton approaching, most football fans will be expecting Chelsea to feature in this season’s Wembley showpiece on May 19th.

Southampton, now led by the experienced Mark Hughes, deserve their place in the semi-finals and this won’t be a cakewalk by any means. Fighting for their lives at the bottom of the table, Saints will be looking to build momentum ahead of this fixture – a good run of form could make all the difference. Southampton rode their luck at times against League One outfit Wigan Athletic in the quarter-finals but class told in the end. Chelsea have lost just two of their previous 18 clashes with Southampton though and another victory beckons.

Conte To Go Out On A High

Now out of the Champions League, Chelsea can harness all of their efforts on a big domestic push. Conte’s side are five points behind Tottenham Hotspur in the top four race and some punters will fancy the Blues to reduce the deficit in the coming weeks. With Harry Kane ruled out for up to two months, Spurs may struggle in attacking areas – although the north London side showed no signs of any glaring issues in their FA Cup quarter-final against Swansea City. Winning this competition is now Conte’s number one priority…

Winning the FA Cup won’t save Antonio Conte, but Chelsea boss is determined to leave on a high | @johncrossmirrorhttps://t.co/KF6OUXOEV1 pic.twitter.com/urRBfp12Kj

The Blues were put to the sword by Barcelona in Europe’s elite club tournament and the gulf in class between the two clubs was clear for all to see. Chelsea, once regarded as one of the biggest clubs in the business, have struggled to inspire confidence this season and even the most ardent supporter would admit that Barcelona were worthy winners. That 2011/12 triumph over Bayern Munich seems a long time ago – it would be fair to state that this is potentially the worst Chelsea team of the Roman Abramovich era.

Eden Hazard and Willian are both capable of a world class moment and they have been big reasons for Chelsea’s resurgence. The former, perhaps distracted somewhat by rumours of a mega money move to Real Madrid this summer, has gone off the boil in recent weeks but Willian remains in red hot form. According to WhoScored, the Brazil star has been directly involved in six goals in his last seven games and he has been named Man of the Match on four occasions. Southampton will be wary of Chelsea’s dynamic duo.

As of March 19th, Chelsea are 13/8 to win the FA Cup with Betway and there will be lots of punters who fancy the Blues to do just that. Getting past Southampton won’t be easy but Conte’s side have the quality to emerge victorious in that contest. From there, Chelsea will face either Tottenham Hotspur or Manchester United in the Wembley final – two of English football’s biggest clubs. On current form, most Blues fans would rather take on United; the chance to beat former boss Jose Mourinho on the big stage is appealing.

United Or Spurs – Can Chelsea Do It?

The Red Devils also crashed out of the Champions League against Spanish opponents but the manner of United’s defeat was more disappointing than Chelsea’s. Mourinho has failed the Old Trafford crowd on more than one occasion this campaign and another low-point awaits in the FA Cup. Blues fans would be quietly confident of getting past United in a one-off encounter; Chelsea’s Wembley record is excellent and they tend to put up a good fight against the Manchester outfit.

Conte looks set to leave Stamford Bridge but the Italian will want to sign off with a trophy. Bringing the title back to west London was his initial objective and he did that – a second piece of silverware in as many years would do his legacy no harm. Unfortunately, he doesn’t really fit the bill as a long term Chelsea manager though and Abramovich will have a replacement in mind. European glory and the domestic title are his priorities but nobody would turn down the chance to win the FA Cup on the hallowed Wembley turf.