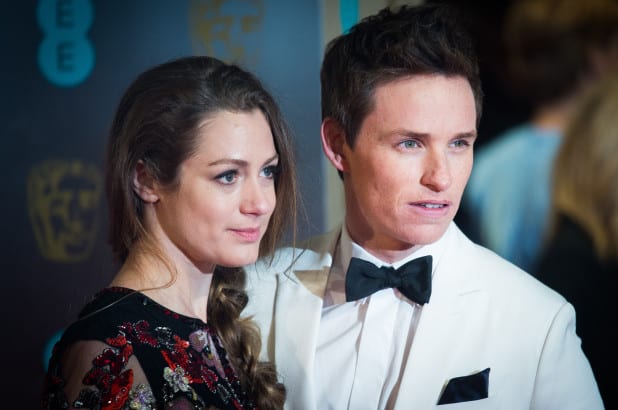 Eddie Redmayne once again is a happy father as he welcomes his second child, the actor welcomed a baby boy with wife Hannah Bagshawe. The parents have named their new born Luke Richard Bagshawe following his birth last Saturday.

The actor took time out to announce Luke’s birth in Saturday’s edition of The Times newspaper, where he revealed: “On 10th March 2018 to Hannah (Bagshawe) and Edward, a son, Luke Richard Bagshawe, brother to Iris.”

Hollywood actor Eddie announced he was expecting for the second time with Hannah in November last year – and the couple said they were “delighted” by the news.

Their first baby Iris Mary Redmayne was born in June 2016 and Eddie has since revealed that he has been a “hands-on dad.” He opened up about becoming a father shortly after the birth of Iris, saying: “Well it’s only seven weeks in, but it’s amazing. It’s wonderful.

“All of the stuff you’ve heard for years, it’s all true but utterly extraordinary.”

Eddie said he was “getting prepped to go back into the trenches” during an interview last month ahead of the birth of his son.

He said: “We’ve just about got to that stage when we’re beginning to get sleep and remember what that word means.”

The star, who won Best Actor at the Oscars for his portrayal of the physicist, said: “We have lost a truly beautiful mind, an astonishing scientist and the funniest man I have ever had the pleasure to meet.”

“My love and thoughts are with his extraordinary family.”