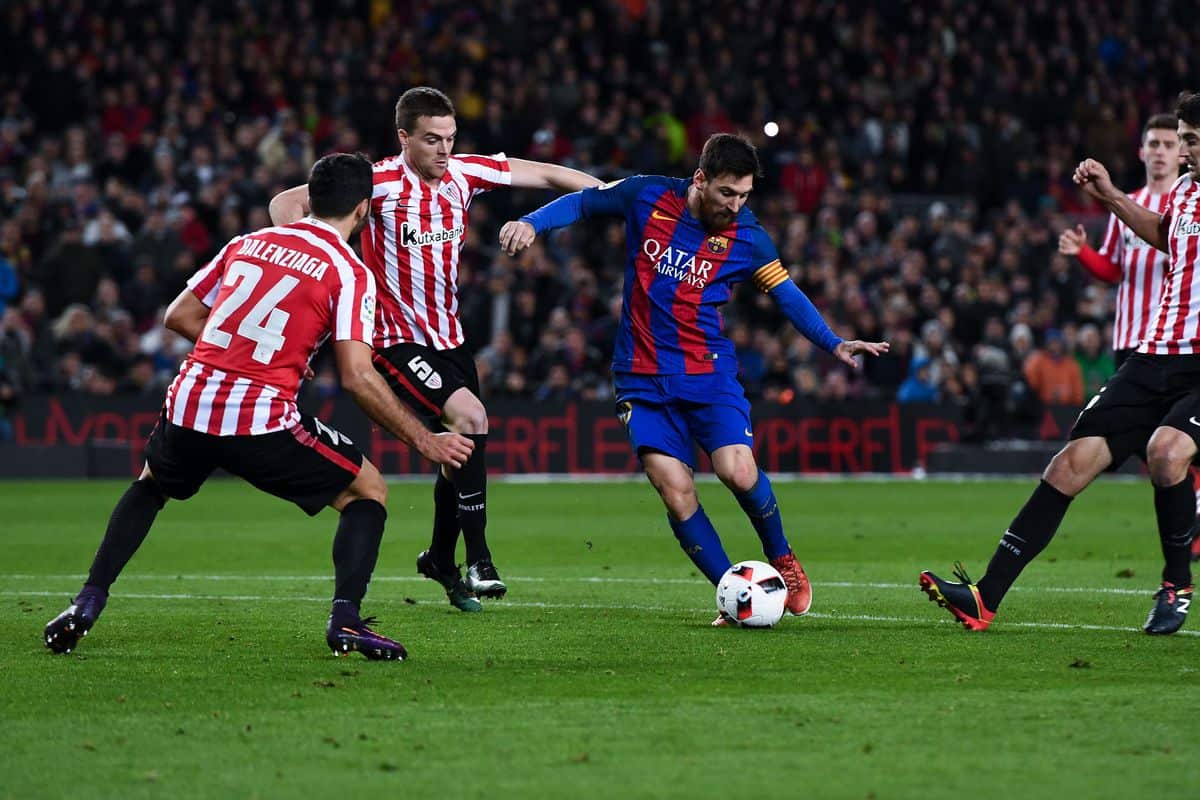 FC Barcelona gaze on the the La Liga title has been brightened after they beat Athletic Bilbao 2-0 on Sunday and nearest challengers Atletico Madrid lost 2-1 at Villarreal.

Paco Alcacer first goal in three months put put Barca ahead in the eighth minute at the Nou Camp, with Alcecer side-footing home a pass from Jordi Alba.

30th minute into the game, Lionel Messi sealed the victory for his aside when he scored for the sixth game in a row in all competitions and for the 25th time in this league campaign

Atletico forward Antoine Griezmann won and converted a penalty kick to put his side ahead at Villarreal in the 20th minute.

However, Turkey striker Enes Unal headed in a deserved equaliser in the 82nd and then struck the winner from close range in stoppage time.

Atletico are second with 64, while Villarreal climbed above Sevilla into fifth in the standings after Vincenzo Montella’s side were beaten 2-1 at Leganes.

The Catalans were rampant in the first half and could have taken a heavier lead into the break as Brazilian midfielder Philippe Coutinho hit the woodwork twice.

The unbeaten league leaders slowed down in the second half and Athletic came into the game for the first time but they rarely came close to troubling goalkeeper Marc-Andre ter Stegen.

“We scored twice in the first half and could have really finished them off, then in the second half we took our foot off the pedal without realising,” Barca coach Ernesto Valverde told a news conference.

“The two halves were very different, perhaps conditioned by the first. There weren’t many chances in the second half, for us or them.”

The home side kept on pushing for an equaliser and Atletico coach Diego Simeone sacrificed Griezmann for captain Gabi with 10 minutes remaining to try and protect the lead.

But his side ended up losing the game due to slack defending.

“There’s no explanation for what happened, we didn’t defend well from the two set-pieces and next time we need to be more focused,” said Atletico midfielder Saul Niguez.

“I have the sensation that I lost us the game,” added Simeone.

“The players made a huge effort and I couldn’t help them with my decisions.”