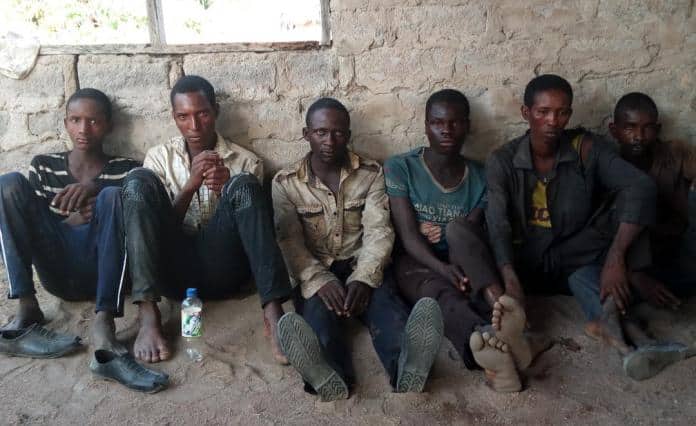 Troops of 707 Special Forces Brigade have arrested 6 herdsmen, caught in the act of farmland destruction.

Troops while on patrol  in the general area of Kwata Sule on 17 March 18 encountered the herdsmen in the act prompting their arrest.

After initial interrogation, the suspects were handed over to the police for further action.

Herdsmen abandoned their motorcycle and fled. On search of the general area, one round of 7.62mm special was discovered. Troops continue to dominate the general area with patrols.

Meanwhile, in another development the troops of 707 Special Forces Brigade presently taking part in the EX AYEM AKPATUMA have also arrested another 12 herdsmen engaged in the destructive activities on the farmlands on the 17 March 2018. The suspects were arrested during the visit of the Presidential Assessment Team to MBAYER/YANDEV and KAAMBEE wards of Benue State.
On search of the general area 2 motorcycles were recovered from the suspects. The 12 herdsmen were handed over to the Police for further action. Troops continue to maintain vigilance and dominant the general area with patrols.You are please requested to disseminate this information to the general public through your reputable medium.