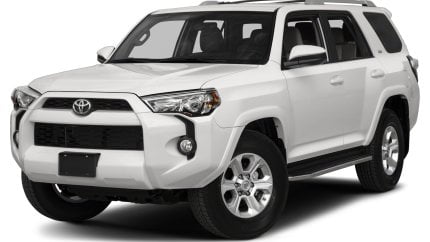 A pastor, Apostle Kingsley Abiekunogho has been arrested by police in Bayelsa state, and is facing trial at Magistrate Court 3, for allegedly giving fake prophecy.

The pastor who was said to be founder of God is Able Mega Fire Ministry, Opolo, Yenagoa Local Government Area of Bayelsa State.

Naija News learnt that Abiekunogho was said to have fraudulently collected a Toyota sport utility vehicle and a sum of N20,000 from a church member Seiyefa Sayou, after promising him spiritual breakthrough.

The cleric collected this items and prophesied that he Sayou, would received them in double folds withing two months.

On getting to the church, Sayou said a guest minister, known as Apostle Chris called him from the crowd and asked how much he had in his bank account.He said he replied N15,000.

“The pastor said, ‘How can an honourable like you have only N15,000?’ Eventually, I was compelled to pledge N20,000. We were asked to redeem our pledges the following day.

Sayou was said to have parted with the vehicle and the money after Apostle Chris had narrated frightening stories of how people that didn’t give died mysteriously and how he (Sayou) would die if he failed to give the items.

“They (Abiekunogho and Chris) also asked how many cars I had and I said one. They said I should sow it as a seed and that I would get double of what I had given. Thereafter, the guest pastor gave me honey to drink and mandated me to do change of ownership of the vehicle immediately. They brought a form to me that said I voluntarily gave out my car and I signed without knowing what I was doing.

“Thereafter, I went to a shop, bought a nylon bag and packed all my belongings and went home. When I got home, my wife asked me for the car and I told her that I had sown it as a seed. She said since it was for God, there was no problem,” he added.

Sayou said that when he woke up, he became confused as to the whereabouts of his car, it was then his wife reminded him that he had sown it as a seed in the church.

Sayou added, “After several months, things got worse for me. So, I asked the pastor to return my vehicle because many months had passed without any form of financial increase.

“When the person who bought the car was contacted, he asked for N3m to release the car. But the police refused and ordered him to bring it. He later brought the car to the station after the pastor was detained.”

The Magistrate, Spiff, ordered Abiekunogho to produce the guest minister in court at the next hearing.
The case was adjourned till April 4, 2018.