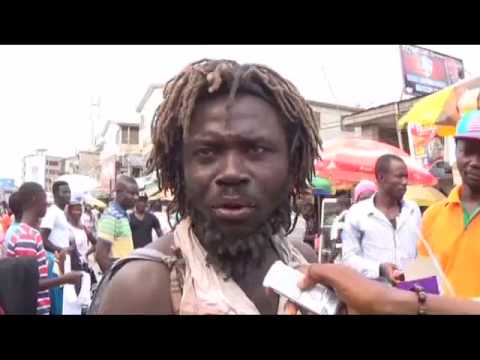 Recall Naija News reported that Adebisi attacked and killed Mubarak Kalesowo and Sunday Obituyi, who were said to be on lunch break in the school premises on Monday. The suspect was apprehended on Monday by policemen assigned to the Ogbere area command led by Makinde Kayode, an Assistant Commissioner of Police, and some local hunters.

Commissioner of Police, Ahmed Iliyasu, noted that Adebisi would be charged to court soon.
However, The following exchange took place between the suspect and journalists

How old are you?

Are you married or single?

Suspect: I am not married. I don’t have a girlfriend.

What do you do for a living?

Suspect: I used to organise private lessons for children and charge N20 per child.

Suspect: I did not eat for two weeks and I went out to beg other people for money. Nobody gave me money. When I had money, I took care of family members, friends and even outsiders.

You haven’t answered the question. Why did you kill the pupils?

Suspect: It was due to frustration. When hunger gripped me and it became unbearable, I thought of my life and concluded that it was a bad life. Then I grabbed a machete. I was prepared to face the consequence.”