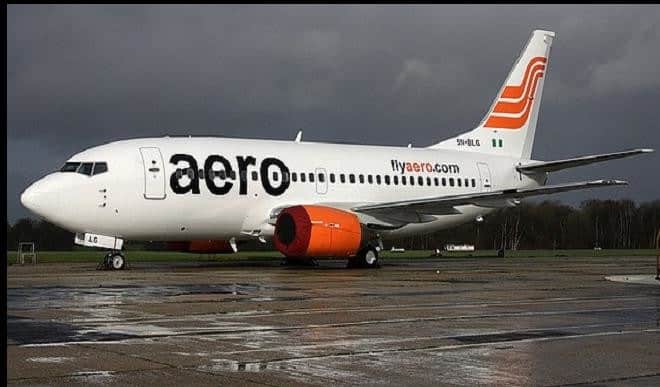 An Aero Contractors flight from Sokoto to Abuja were forced to make an emergency landing on Wednesday due to a faulty landing gear.

The Boeing 737/500 aircraft landed at the Sultan Abubakar III Airport, Sokoto, at about 2:45pm, as passengers were told to dsembark and wait at the departure.

Ismail Sani, one of the passengers, explained that the aircraft became unstable mid air , prompting the pilot to announce that the landing gear couldn’t return after some much noise from the engine.

According to Sani, this made the passengers and the crew members afraid.

He said after the plane had made the emergency landing, “the pilot thereafter came to the departure lounge to announce that the engineering team advised him to run a check on the gear and that he did so, but the test failed, urging the passengers to make alternative flight arrangements”.

The pilot said the incidence was a minor problem and to prove the point he said he was flying the aircraft back to Abuja without passengers for repairs.

Some passenger were not happy that the airline did not arrange for another flight for them but rather refunded them.

Aircraft belonging to Dana and Arik airlines made similar emergency landing in recent weeks, in Lagos and Ghana, respectively.