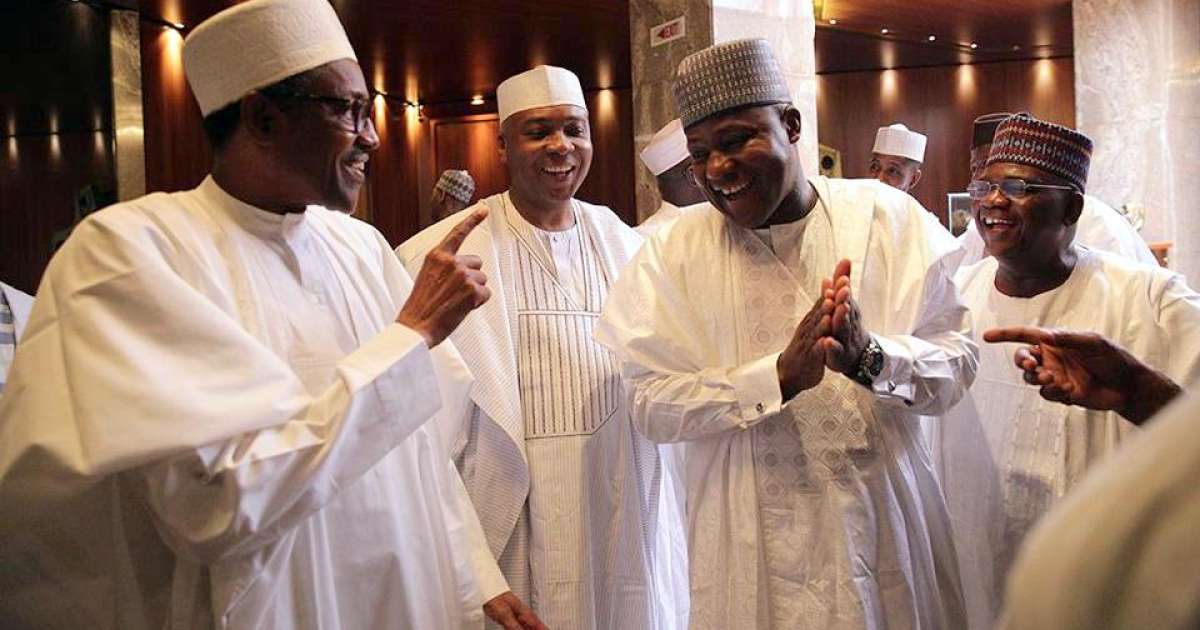 The leadership of the National Assembly met with President Muhammadu Buhari in a closed-door at the First Lady Conference Hall, Presidential Villa, Abuja on Thursday.

According to Vanguard, The Senate President, Bukola Saraki and the Speaker of the House of Representatives, Yakubu Dogara led the delegation with all the principal officers from the ruling All Progressives Congress, APC, present, while the Deputy Senate President, Ike Ekweremadu, the Senate Minority Leader, Godswill Akpabio and the Minority Leader in the House of Representatives. Leo Ogor were conspicuously missing at the meeting which started about 9:10pm.

It is gathered that issues concerning the 2018 budget, 2019 election sequence, Peace Corp bill, as well as security issues would be the front burner of the agenda of the meeting.