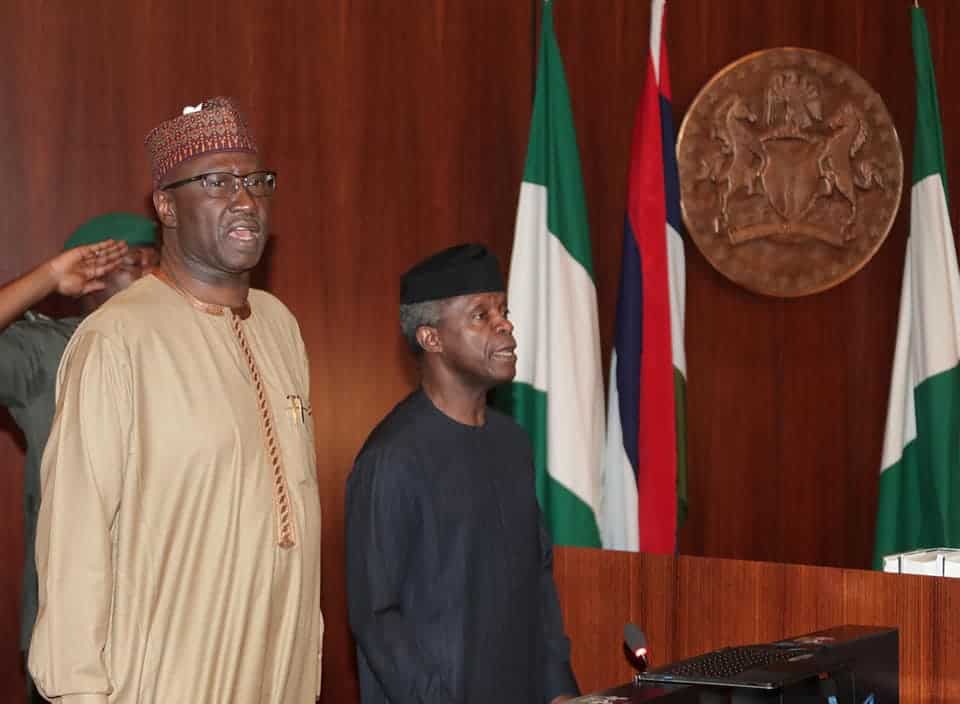 Federal Executive Council, FEC has approved that Nigeria should sign the framework agreement for the establishment of African Continental Free Trade Area (AfCFTA) in Kigali, Rwanda. Naija News Understands
AfCFTA is the first step in the implementation of AU Agenda 2063: the “Vision” for an integrated, prosperous and peaceful Africa.

Naija News Learnt that the minister of Industry, Trade and Investment, Mr Okechukwu Enelamah, made this known when he briefed State House correspondents alongside the minister of Foreign Affairs, Mr Geoffrey Onyeama, on the outcome of the Council’s meeting.

The meeting was presided over by Vice-President Yemi Osinbajo at the Council Chamber of the Presidential Villa, Abuja. Enelamah revealed that President Muhammadu Buhari would be signing the agreement on AfCFTA during the Extraordinary Meeting of African Union Heads of State and Government to be held on March 21.
“What we did today was to secure approval for the stage we are now.

First, the Heads of State and Governments of the African Union (AU) in January 2012, made a decision in Addis Ababa to establish CFTA just as an economic policy and policy for regional integration and of course, in that process, we have got to a point where they set some deadlines.