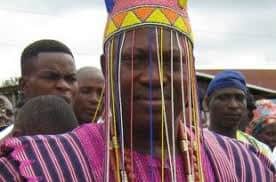 The traditional ruler of Ikere Ekiti has demanded a public apology from the Special Adviser Political to the President, Senator Babafemi Ojudu for the statement he made when he declared for the Governorship race recently in Ado Ekiti.

Addressing newsmen at the Ogoga Palace in Ikere Ekiti, the Sapetu who represented Oba Adejimi Adu Alagbado said the Ogoga in – Council would take legal action against Ojudu if he failed to apologise.

When contacted, the Governorship aspirant who spoke from the UK on phone said he was aware that Olukere was arrested and detained on the orders of Governor Ayodele Fayose.