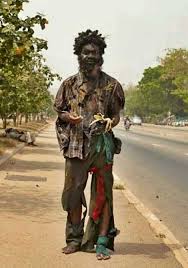 The Public Relation Officer of Ogun State Police Command, Abimbola Oyeyemi, said that the suspect was arrested in the early hours of Wednesday through the combined efforts of the policemen attached to Ogbere Area Command led by Makinde Kayode, an assistant Commissioner of Police and some local hunters.

The suspect wracked the havoc when he stormed the school premises, thereby causing the the death of the minors, Mubarak Kalesowo and Sunday Obituyi, who were both aged four.

He said, “Their efforts paid off in the early hours of today (Wednesday) when the suspect was seen in a bush around the community.

“When they wanted to arrest him, the suspect, who was brandishing a sharp cutlass, attacked them, consequent upon which he was shot and injured on the leg.”

The case as, however, been transferred to the to homicide section of State Criminal Investigation and Intelligence Department, Abeokuta, for proper investigation, while the suspect has been taken to hospital for medical treatment.