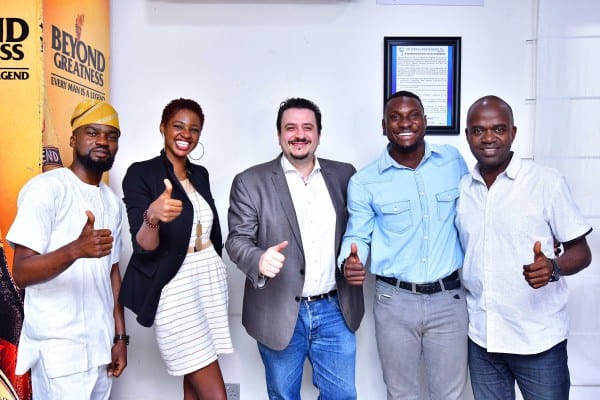 Former housemates at the Big brother naija show Ahneeka and Angel who were evicted on Sunday 4th March 2018 has finally arrived home.

Ahneeka and Angel were the third pair to be evicted in the Big Brother Naija “Double Wahala” edition, just a week after the evictions of Vandora, Dee-one, Princess, Bitto and the disqualification of Khloe and K-brule.

The pair were said not have found a connectivity among themselves than even their former pairs, they were both filled of smiles and laughter during their courtesy visit to Nigerian Breweries Headquarters on the 9th of February, 2018.

Ahneeka had earlier affirmed that she would have had a relationship with fellow male housemate Teddy A if he wasn’t in a relationship while the filmmaker and guitarist, Angel stated that he would have created more fights, and pretended more if he had the opportunity to go back to the house.

Speaking on their future projects, Ahneeka told the press that she would embrace every opportunity that comes her way as she continues her career as an on-air personality . Angel on the other hand disclosed that his up and coming movie and music album would be revealed soon. He also said that his phone company would blossom rapidly this year.