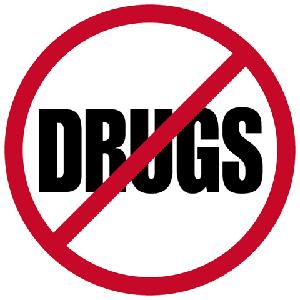 The report which aims basically at sensitizing and raising policy awareness on the impact of organised crime and raising the capacity of authorities to battle the menace revels that Nigeria stands at the centre of a number of transnational crimes.

The report sates that the porousity of existing borders in Nigeria has not only made it easy for free flow of arms in and out of Nigeria, but also increased the rate of violence, constant human trafficking, which has been a challenge to authorities within and outside Nigeria.

The report observes that the broken political system, corrupt law enforcers and social environment are contributory challenges to many criminal activities as socially acceptable, thereby putting Nigeria at the epicenter of highly internationalized and organised crime.

“The established linkage between the worst forms of criminality at an industrial scale and the political elite is widely observed and documented both in Nigeria and internationally.”

Narrating the networks in Organised Crime, the report traces drug trafficking and other serious crime to high public officials including the police and the army.

“Political Exposed Persons and individuals within the Nigerian police and armed forces do not only assist criminal activities but also sometimes run illegal activities including drug and human trafficking and weapons smuggling.

“Allegations of corruption, heavy-handedness, and politicization have dogged the Nigeria Police Force,” it recounted.

According to the report, drug trafficking is a thriving business and remains a social issue, while noting that networking Nigerian gangs operate from Brazil and other South American countries though Europe and South East Asia with no fewer than 30% of the foreigners arrested across Germany, Italy, Switzerland, and Portugal were from West Africa, mostly Nigeria.

On human trafficking related crime, the report explains that vast routes are from Nigeria through North African countries in the Sahara via the Mediterranean Sea to Europe.

“These vast borders have proven to be very difficult to control. The porosity of Nigeria’s borders has serious security implications for the country.

“With the porosity of Nigeria’s border, the security of Nigeria is threatened by the flow of arms, criminals, terrorists, drugs and thriving illegal human trafficking operations.

“Law enforcement agencies and security services are poorly organised, ineffective and, frequently, too corrupt to control the influx of drugs and other transnational crime to enter and exit Nigeria,” the report noted.