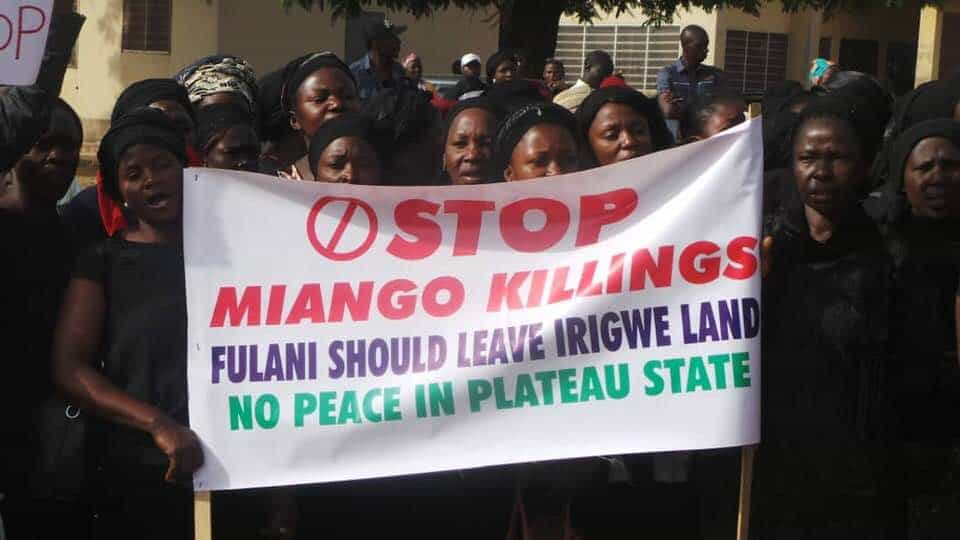 23 persons have been killed in an attack on Miango district of Bassa LGA in Plateau state. The attack, Naija News understands, happened on the night of Monday 12th March 2018.

This attack comes barely three days ago when gunmen killed four persons in Jos the Plateau state capital. The victims, who were reportedly killed on Friday night in La’ake village of Kwall district, were said to be children below the age of 10.

Barely 24 hours after five persons were killed including a set of twins in Bassa local government area of the state, despite President Buhari’s visit.

According to the village head, Daniel kadzia, the attackers invaded the village in a commando style and perfected their dastardly acts within few minutes having noticed that the youths and the men had gone for mining at that time of the day.

Narrating the sad event , Laraba Yohanna, the mother of two of the children that were killed said the children were playing under the moonlight just before the attack.

This would be the 5th attack of the last weeks as citizens of the Miango community are currently undertaking a protest, for the past attacks of 8th and 9th March (when president Buhari was visiting) i.e., where 18 people were killed.

They have now been thrown into new confusion as numerous of their kinsmen are now again being loaded into mortuaries in Jos. The protest today would have started at the mortuaries -carrying the dead, until the burial sites