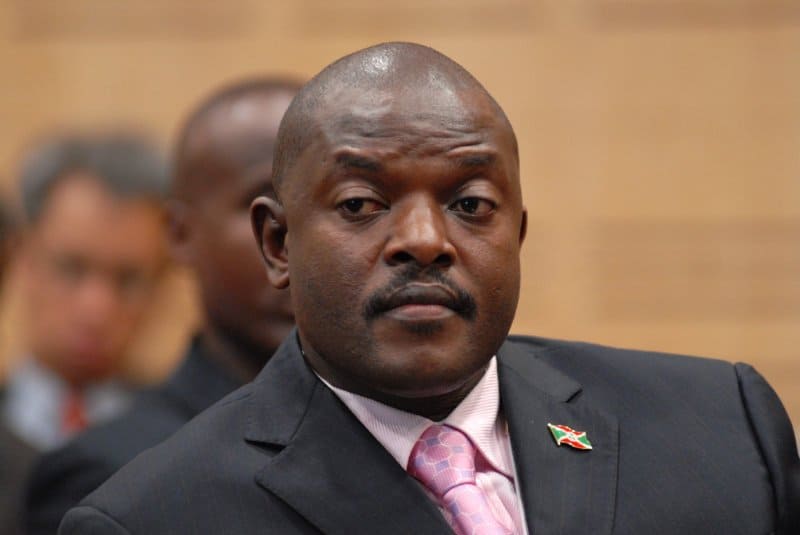 Burundi’s ruling party has  anointed President Pierre Nkurunziza their “supreme eternal leader’’ whose decisions may not be opposed.The new title will allow the 54-year-old president to veto all decisions made by the ruling party’s central committee. Naija News Learnt

Evariste Ndayishimiye, General Secretary of the ruling CNDD-FDD, said while explaining the decision “He is our elder, our father, our counselor,’’   Nkurunziza, who became president in 2005, deserved the title because he “has ensured significant progress in Burundi,” said Ndayishimiye.

The move garnered much criticism from opposition parties, which argue that Burundi’s constitution does not allow for “a monarchy of divine right.”

“Nkurunziza has already opted for a path that jeopardises Burundi’s democratic gains of the past 25 years … Nkurunziza will impose himself as a king,” Jeremie Minani, leader of opposition party Rally of Burundi Democrats (RDB), said.

Minani was referencing Nkurunziza securing a third term in office in 2015, contrary to the provisions of the constitution, which triggered a violent crisis that caused hundreds of thousands of people to flee their homes.

The East African nation is scheduled to hold a constitutional referendum to extend the presidential term in May, aimed at allowing Nkurunziza to stay in power until 2034.

The changes would see the current five-year term amended to seven years, meaning that Nkurunziza, whose current term is up in 2020, could stay in power for another two seven-year terms.