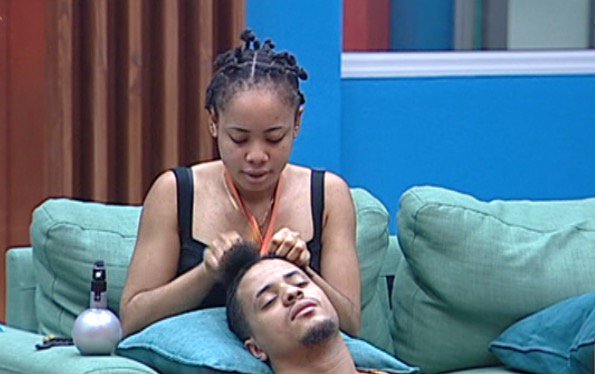 Nina and her partner are save from next eviction. (Photo credit: Thenet.ng)

The Big Brother Naija show has gotten to week six, the live show which started on 28th of January have four pairs live the house. As the game in the house continues and some controversial statements are made, everyone simply fights to stay in the house and win the 45million Naira worth of prizes.

The last sunday eviction show which saw Leo and  Ifu Ennada leave the house, Big Brother has now dissolved all existing pairs. This means that all housemates are now excepted to fight for their own survival in the house.

The nominations for eviction this week has taken place and all the housemates except Nina and Rico are up for eviction. Nina has only immunity from eviction as Head of House this week but has no powers to save and replace any housemate. Rico also got nominated only once and thereby received the lowest nominations.

See how the housemates nominated below:

Anto nominated Teddy A and Alex

Tobi nominated Teddy A and BamBam

Teddy A nominated Tobi and Miracle