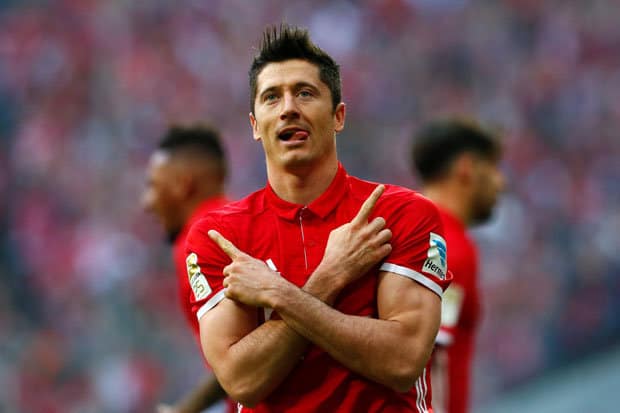 Manchester United have moved into the lead in the race to sign Robert Lewandowski from Bayern Munich.

German magazine, Kicker, claims United are the only club that have made a move for the striker. Lewandowski dropped his agent of 10 years, Cezary Kucharski, in February and replaced him with super agent Pini Zahavi, leading to speculation that he could be eyeing a move in the summer.

Real Madrid and Chelsea are also monitoring the 29-year-old’s situation, but earlier this month, former Real Madrid player Christoph Metzelder said that it would be a difficult task to sign Lewandowski.

“There isn’t a pain barrier [on the transfer fee] because a Robert Lewandowski is irreplaceable,” he said.

“There isn’t an adequate replacement available on the market. Therefore, they will not allow him to leave. Normally, Bayern do not give up their top players and they do not need the money.”

If Bayern are tempted to do business, they may use United’s interest to bump up the price for Lewandowski. Lewandowski has scored 32 goals this term and is tied to the Bundesliga giants until 2021.