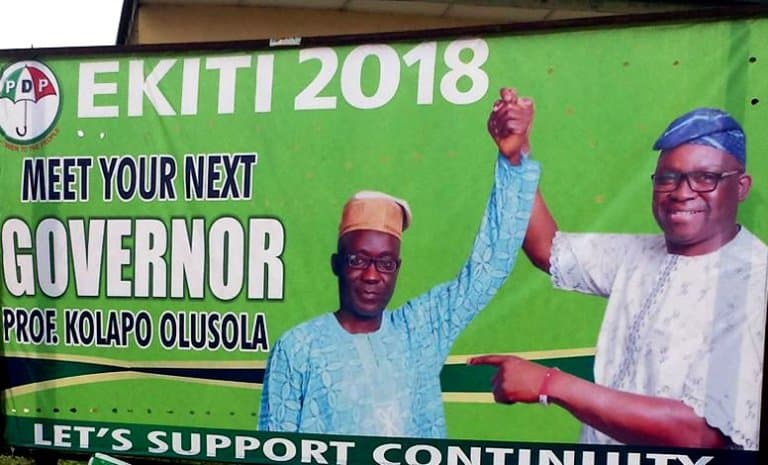 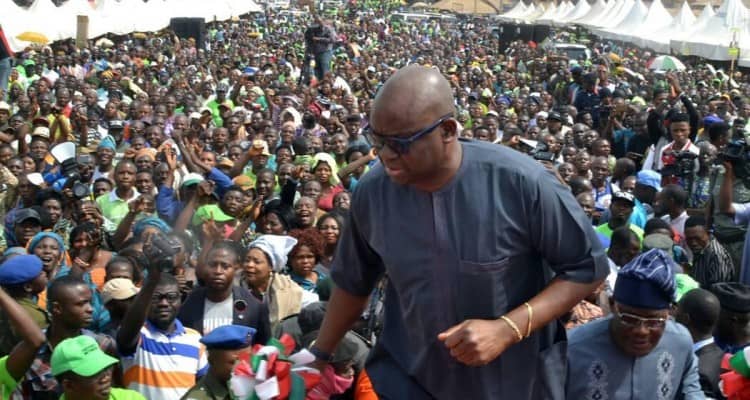 Students of tertiary institutions in Ekiti State, organised by the National Association of Nigerian Students (NANS), have disassociated themselves from an alleged plan by NANS zone D to stage an anti-government protest. Naija News Gathers

The students in laudable rally  said they were drumming up support for both Governor Ayodele Fayose and his deputy Olusola Kolapo because of the performance of the state adminstration.

They also denounced being part of an alleged planned protest against the government by a section of the National Association of Nigerian Students (NANS) Zone D, for alleged indifference to students’ welfare and the ongoing strike action by the Academic Staff Union of Universities (ASUU).Naija News Learnt

The students marched in hundreds from the Fajuyi park in Ado Ekiti to the office of the Deputy Governor, and sang solidarity songs in support of Fayose and Olusola.

They displayed placards which inscriptions that included phrases such as ‘Ekiti students support Fayose’, ‘Prof eleka is our choice’, ‘Fayose leads we follow’, ‘we love Fayose’, ‘Ekiti is no 1 in education,’ and ‘Continuity is good for Ekiti, we support it,’ among others.

Addressing the Deputy Governor at his office, the state chairman of NANS, Ekiti, Owolabi Temitayo, denounced the planned protest against the state government by the Zone D NANS, saying such a development did not receive their approval.