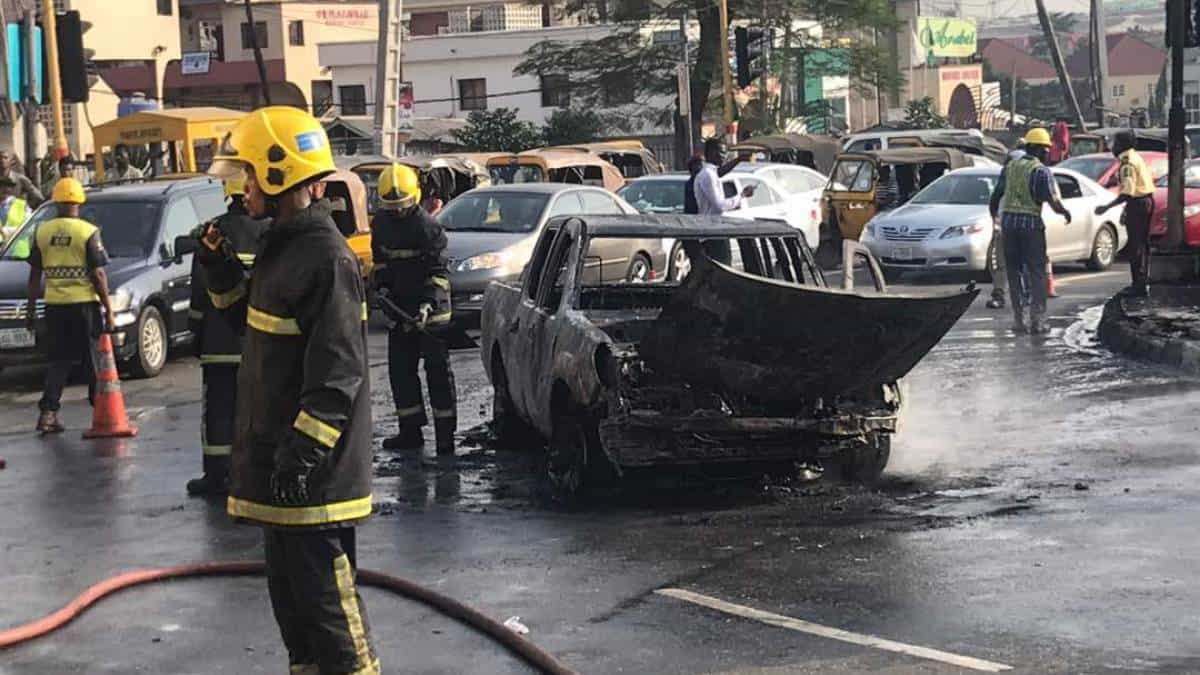 A vehicle reportedly transporting kegs of petrol was engulfed in fire at the early hours of Friday at Allen Junction, Ikeja, Lagos.

Naija News learnt that no live was lost in the incidence despite the fact that the vehicle was completely burnt in the inferno.

An eyewitnesses said the inferno was caused by leakage from the container of petrol inside the vehicle.

However, some eyewitness said the truck was a Toyota Hilux while some said it was a Ford Ranger.

An official of Lagos state emergency service who refused to disclose his identity said, “When the fire started, we learnt that it was caused by leakage from the PMS the vehicle was carry.

When the fire started, people were getting out of their cars with fire extinguishers, but the PMS in the truck exploded. Then, people had to run away for safety.

“No one could get close to the vehicle. When the fire guys came, they did all they could to put off the fire.

“All security agencies were also here to ensure that the incident don’t get out of hands,” he said.

Another eyewitness said when the fire started, hoodlums in the area-attacked policemen on ground.

The fire had been totally put out at the time of making this report. 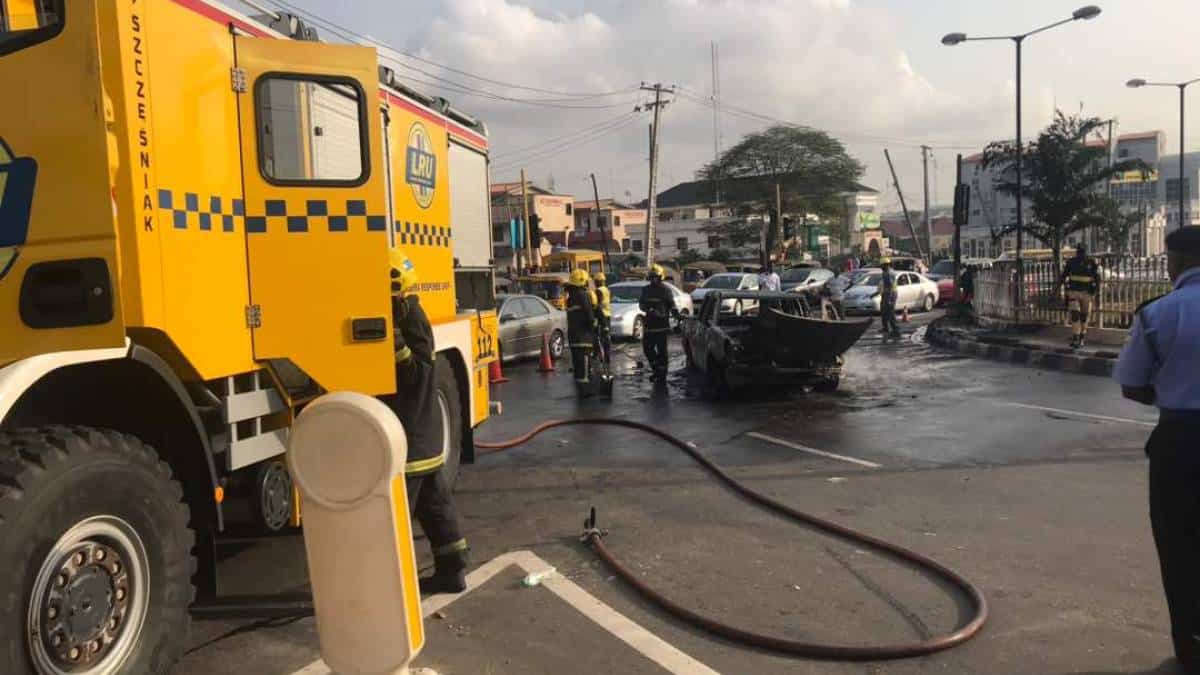