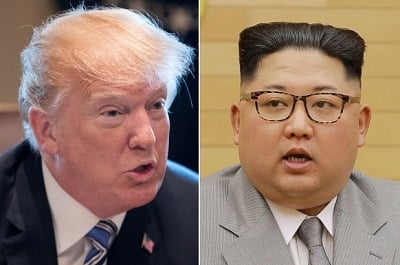 North Korea’s Kim Jong Un and US President Donald Trump will meet by May to secure a deal to remove nuclear weapons from the Korean peninsula, a senior South Korean official said after talks at the White House.

“Kim pledged that North Korea will refrain from any further nuclear or missile tests,” he told reporters, in an extraordinary appearance on the White House driveway.

“President Trump appreciated the briefing, and said he would meet Kim Jong Un by May to achieve permanent denuclearization.”