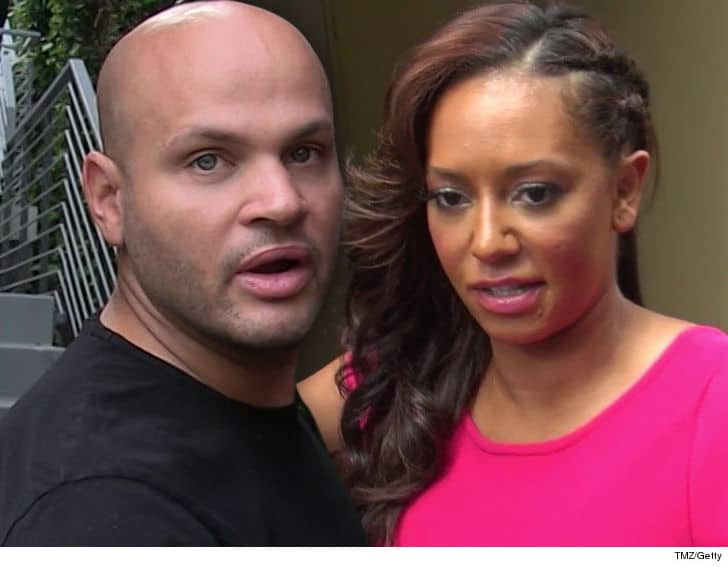 Belafonte has filed a legal doc in effort to get visitation rights with his stepdaughter, Angel, whose biological father is Eddie Murphy. Belafonte, the ex husband of Mel B has been with Angel almost since her birth, and he has taken turn to claim that Mel B is fabricated lies about domestic violence to turn Angel against him.

In his statement he had this to say about his ex wife: “Mel B is a drug addict and alcoholic who has walked into doors and has been hospitalized for ODs, and she has covered up the bruises and other injuries from her addiction by claiming it was domestic violence“.

He also made reference to a 2014 incident in London where Mel B claims he bashed her head into a door. Belafonte says, in fact, what happened was that Mel B ODD was on drugs, was hospitalized and sustained bruises from the EKG machine and IV during her stay in the hospital, and falsely claimed it was the result of abuse.

Belafonte stated that she is so addicted to drugs and alcohol to the point of her walking into walls because she’s drunk in the middle of the day. He says she is so wasted sometimes she will pull down her pants and try to urinate on the couch in front of the kids.

He also notes in his legal docs, obtained by TMZ, her claims that he forced her to have 3-ways is a lie. He says he has videos where Mel B initiates and records the trysts and looks into the camera and says, “That’s hot!” and “I like it.”

Mel claimed in docs Stephen showed the kids ISIS be-headings. He says this is a blatant lie and he hasn’t even searched for such videos. Belafonte says he sent Mel B’s therapist text messages, pleading with him to stop medicating her, warning him she could become another Michael Jackson.

is an Associate at Naija News. He is a news media enthusiast, he holds a degree in psychology and loves exploring and sharing about the enormous power that lies in the human mind. Email: [email protected]naijanews.com, Instagram: adeniyidman