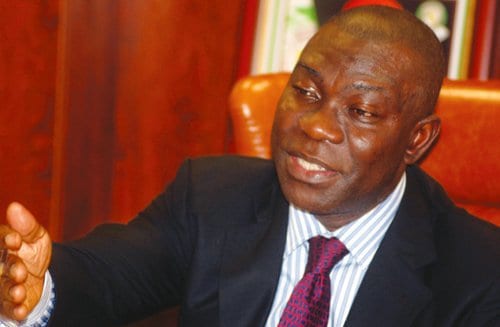 The Deputy Senate President, Ike Ekweremadu, claims that politicians are beginning to import weapons into Nigeria ahead 2019 general election.

Naija News recalls that Ekweremadu had warned of a possible military takeover in the country.

Deputy President of the Senate stated “The Problem in Nigeria is that our democracy is receding. Who says army cannot take over, let us not joke with our democracy that is the issue”.

In the latest statement released on his twitter handle he warned against destroying the country.

“With 2019 around the corner, Arms are being imported by Politicians. I remind them that this is the only Country we have, if we destroy it there will be no where else for us to go.”

Ekweremadu, however, did not specify names of those who are importing the weapons.