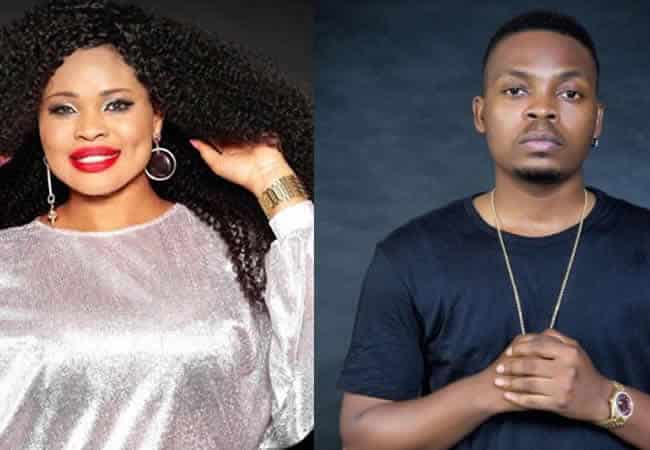 Jacobs May says she deserves an apology from olamide. (Photo credit: Punchng.com)

Jacobs May, whose video about her argument with the YBNL boss, Olamide went viral last week, has offered an explanation for the much reported incident.

She said all she wanted when she challenged Olamide at a hotel lounge was an apology for his rather short performance when fans had expected “something better” during a show in Germany.

Punch had a discussion at length with her, see the report below:

What do you do?

My name is Jacobs May. I am a Germany-based Nigerian entertainer. I am a dancer and I own a dancing school which focuses on African contemporary dance. As a Nigerian in the Diaspora, I try to use my dance to promote the Nigerian heritage.

What led to the fight in the video?

I really did not want to talk further about the Olamide issue, but I saw a video on YouTube and this made me realise some Nigerians still have no clue or an in-depth understanding of what exactly happened in the video.

The organisers approached me, six weeks to the show, asking me to invest €6,000 in the show as Olamide will be in Germany to perform. I told them the notification was too short for me to invest that kind of money.

Three weeks to the show, they contacted me again, begging me to use my photograph to promote the show, which I accepted to do. I also posted the photo on my Facebook and Instagram pages and even told my followers and other people to get their own tickets.

So, were you at the event?

Yes, I was at the event. I bought a VIP ticket for €100, though I was not supposed to pay, considering the fact that I was used to advertise the show, but I did it to support them.

What happened between you and Olamide at the event?

Olamide and I didn’t have any confrontation at the show, but his attitude was so annoying that I had to confront him after the show. It wasn’t an Olamide show but he was the main artiste. Some other Nigerian artistes also featured in the show.

What did he do at the show?

I was told that Olamide arrived at the hotel where I also lodged on Saturday and he was scheduled to perform at 1:00am on Sunday. But to my amazement, Olamide came up at 3:30am, having kept people waiting for two hours.

By the time he came on stage, fans were furious. People were already drunk and they started flinging objects onto the stage. I was seated on the VIP section, which was mounted on the stage. I was part of the people who got hit by a bottle and I almost collapsed on stage. People, including me, got so angry after Olamide performed for only 20 minutes. People paid so much to watch your performance and you put up a shabby performance and for just 20 minutes.

So, what happened after the show?

Like I mentioned earlier, I lodged in the same hotel as Olamide. I got to know when he arrived on Saturday because I have been in the hotel since Friday.

Since we were in the same hotel, I walked up to him in the lobby at daybreak to explain what had happened to me as a result of him coming late on stage. I approached him as a civil person and told him what had happened to me. I also told him that it was unfair that he flew seven hours only for a 20-minute show. I confronted him with the fact that it was disrespectful of him to have come late and not to apologise to his fans and to also throw a 20-minute performance for fans that have waited over two hours for him.

I was dazed when he stood up and walked out on me.

I was full of rage when he showed no concern, compassion or remorse. That was when I brought out my phone to record the whole incident. Perhaps if he was polite I would have accepted his apology and walked quietly to my room; but his attitude led to the fiasco.

Just like it is often said that pride goes before a fall, there was no way I would tolerate such an attitude.

What was their reaction to the video?

They did a video disclaiming my accusations and saying it was a wrong move.

What do you intend doing to them?

I am suing them. I will make sure no show is done here again if the security of the people cannot be guaranteed.

Did Olamide contact you after the video went viral?

No. In fact, I believe there is no need for that. His arrogance would not even let him do such.

The manager said you were only trying to get Olamide’s attention. Is it true?

That is not true, but I’m not surprised because I wouldn’t have expected less; that is so typical of Nigerians. I had no clue he was staying at the hotel before I lodged there.

Of course, what do you expect his manager to say? Sure, they will always make it sound bad for me, but I care less. I just said things the way they are and I am sure next time he wouldn’t try such and other artistes will also learn from this.