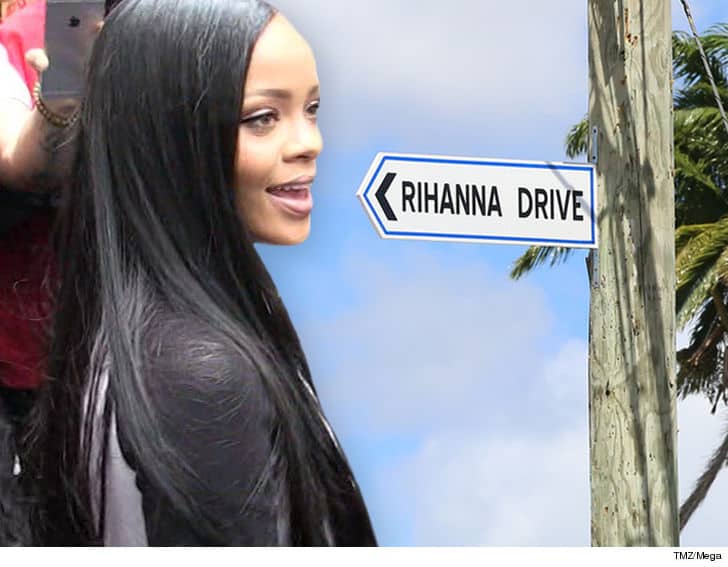 Rihanna gets a street named after her. (Photo credit: Tmz.com)

Rihanna who of recent just got her house sold is getting honored with her own street in Barbados and it’s the very same one she grew up on.

The Government of Barbados has planned to officially change Westbury New Road to Rihanna Drive Thursday in honor of RiRi. The sign’s already up, but Thursday there’s going to be an official name changing ceremony and the top singer is expected to be present at the ceremony.

Rihanna lived at the home until the age of 16 when she left to pursue her music career. Her family doesn’t live there anymore but it remains a major tourist attraction, and with that paint job it’s kinda hard to miss.

See picture of her childhood home below: 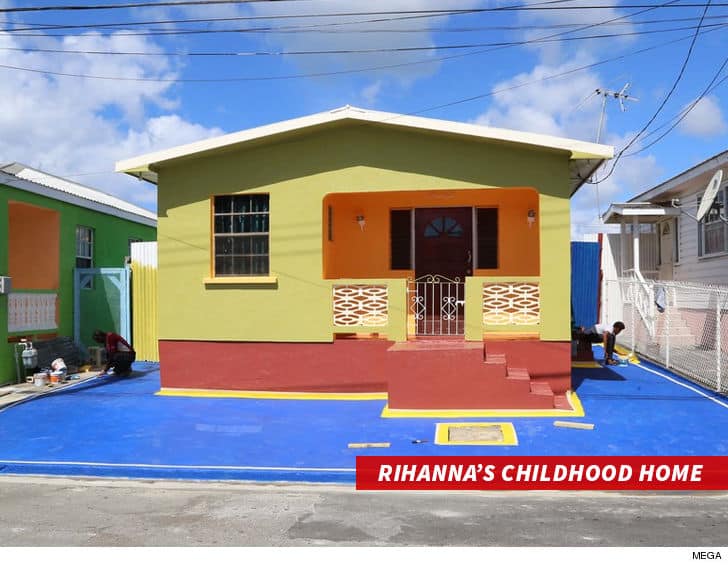