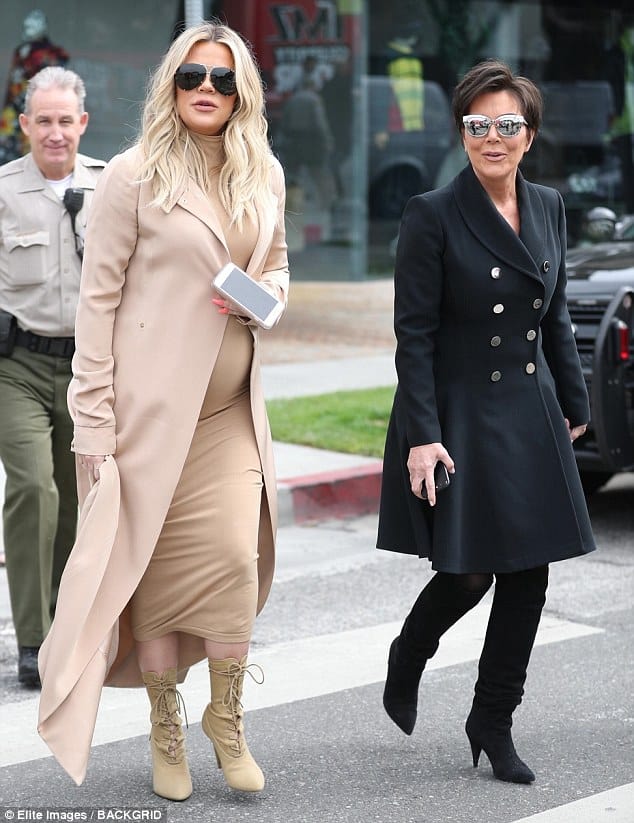 Khloe who is eight months pregnant with her first child few weeks ago discovered the baby was a girl, even though she wanted a boy, she made this is one of her statements claiming that she had been feeling that she was carrying a baby boy.

And on Wednesday, Khloe Kardashian showed off her growing baby bump in a skintight tan dress for baby clothes shopping with mom Kris Jenner. The 33-year-old pregnant star slipped on a floor-length cream duster coat over the turtleneck frock during their West Hollywood outing.

Meanwhile, mom Kris went for a flared black coat with silver buttons in two rows along the front. The 62-year-old Kardashian/Jenner matriarch paired her stylish cover up with over-the-knee boots and matching leggings.

The duo were spotted inside a shop looking at pink onesies. On Thursday Khloe fielded some questions on naming options for the little one, revealing she had yet to pick one out.

‘NO!!! It’s so hard!!! Lol I knew the name if I was having a boy. So now I really have to figure this out,’ she replied to one curious fan.

When another asked if she would continue the Kardashian tradition of starting with a ‘K’ she replied: ‘I think a T but a K is an option as well. That’s as far as I know.

Khloe and her athlete beau revealed her pregnancy news in December with a black and white Instagram post. 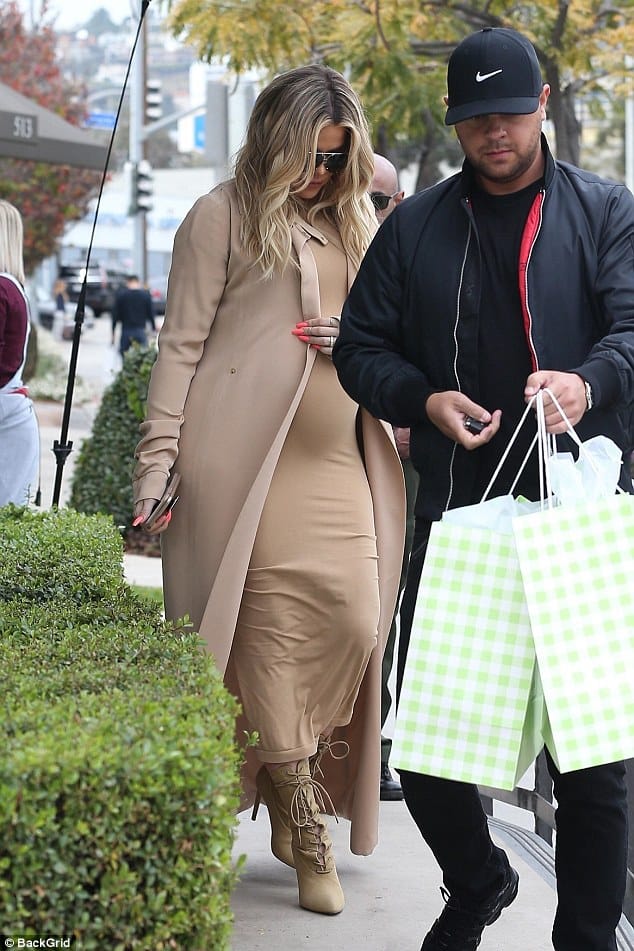 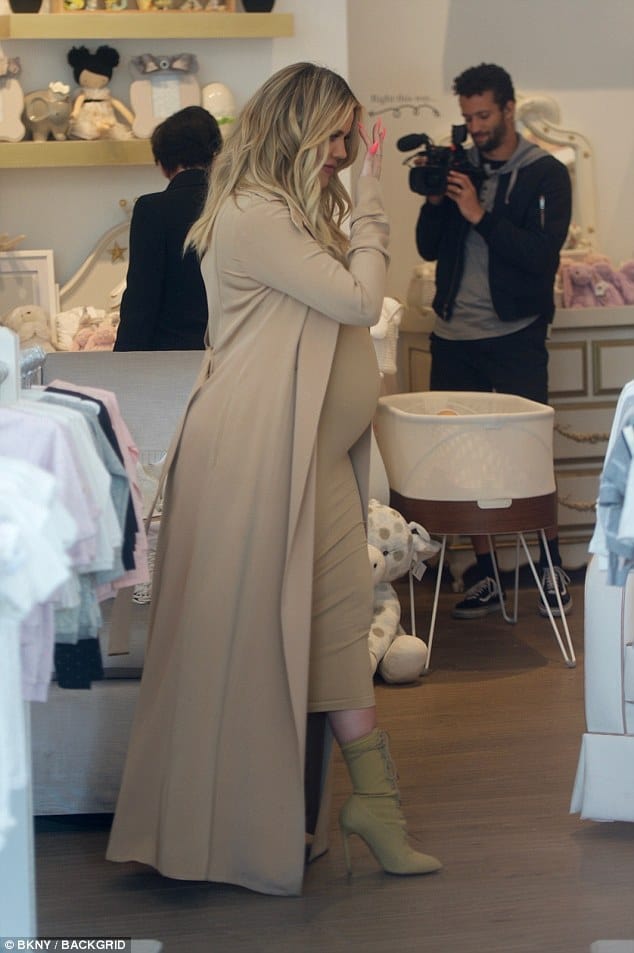