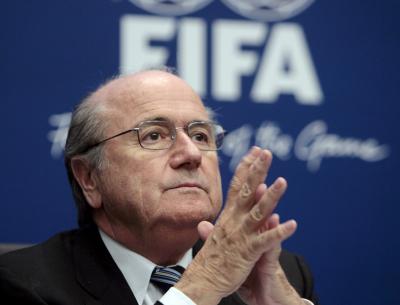 Embattled former FIFA president Sepp Blatter has disclosed that  he would ask the ethics committee of the global football body to reexamine his case and reverse the six years ban from the sport placed on him.

Blatter, who led the global football body for 17 years was banned from the sport for ethics violations in 2015 amid the biggest corruption scandal to shake the world football governing body.

News Agency of Nigeria reports that the ban was imposed shortly after the Swiss attorney-general’s office began criminal proceedings against him on suspicion of criminal mismanagement and misappropriation.

Blatter who had since denied wrong doing  told reporters that “It is now two and a half years. This file has not moved, It is like having the Sword of Damocles over my head because you never know what will happen.”

Blatter, who last month told the media that he was considering legal action to clear his name, said he was now thinking of asking FIFA’s ethics committee to reopen his case.

“I am looking to have a solution also from the FIFA ethics committee to lift the suspension, which is a nonsense,” he said.

“I am also trying to see how we can change it. I hope to have a solution in the next three months before we open the World Cup in Russia.”

Naija News understands that Blatter said the he was humbled by the invite sent to him to attend the 2018 World Cup in Russia by the Russian President, Vladimir Putin.