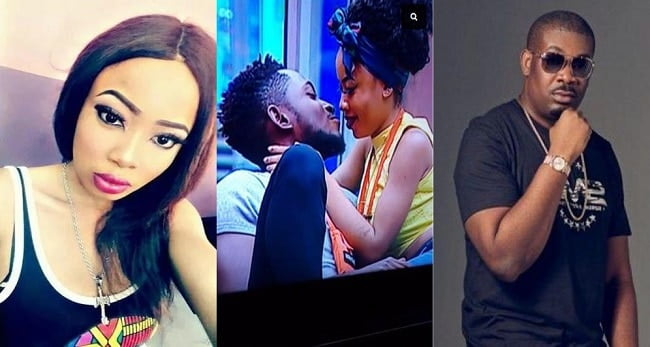 Don Jazzy says he has a girl like Nina before. (Photo credit: Naijaloaded.com).

The Nigerian record producer, Don Jazzy who is a fan and follower of the “Double Wahala” edition of the Big Brother Naija has spoken out on the relationship between Miracle and Nina, the artist simply sees it as a play.

The statement came not long after Nina literally threw herself at Miracle last night, asking him to make love to her. According to him, he once had a girlfriend like Nina who makes him run and lock himself up in a room.

Hahahaha I have had one babe like this Nina before. I used to leave and run ?? to another room and lock the door. #bbnaija

But wait if it was a guy doing this to …. never mind. What do I even know #bbnaija