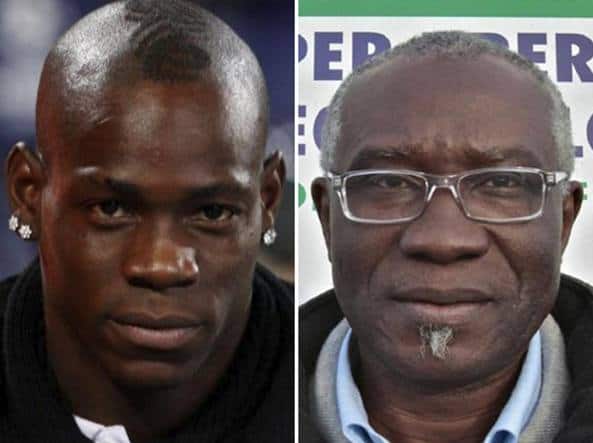 Iwobi recently emerged as Senator elect from the Northern Industrial City of Brescia considered a major immigration hub in Italy. But Balotelli isn’t the least bit impressed as he took to Instagram to call out the Nigerian-born senator. in his post on instagram he had this to say:

“Maybe I’m blind or maybe they haven’t told him that he’s black yet. Disgrace!” Balotelli wrote in a post that has since been removed.

Balotelli, who was born to Ghanaian parents in the Sicilian city of Palermo, has long been a target for racist abuse.

The former Manchester City and Liverpool star posted a photo showing Iwobi, 60, and League leader Matteo Salvini both wearing t-shirts emblazoned with the campaign slogan ‘Stop Invasion’ a reference to the more than 690,000 migrants who have landed on Italian shores from North Africa since 2013.

The League blames the arrivals for ‘social conflict’ and making Italian cities less safe as the country battles with rising wave of nationalism.

But the Senator, who’s lived in Italy since the 1970s, swiftly replied that Balotelli was better off concentrating on his career.

“I’m not interested in what Balotelli thinks,” Iwobi said in response. “He’s a great footballer; I hope he sticks to doing what he’s good at.”