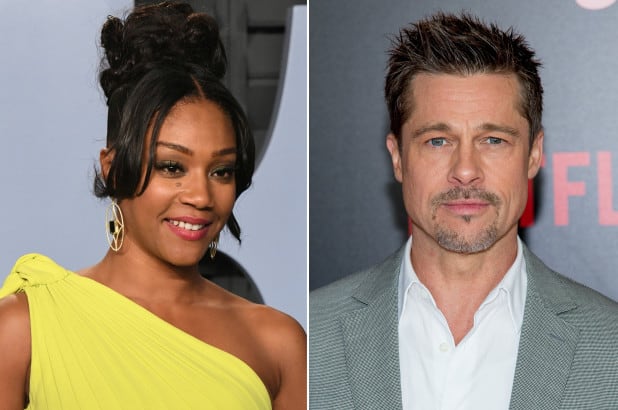 American actress and comedienne, Tiffany Hadish revealed to Kelly Ripa backstage at the 90th Academy Awards on Sunday that Brad Pitt wants them to hook up in a year’s time.

“Oh, I just met him on the elevator, he said in one year if he’s single and I’m single we gonna do it, so you know what that means!” Haddish, 38, told the LIVE! with Kelly & Ryan host.

“But he do got seven kids, I don’t know if I could deal with a man that’s got that many kids,” Haddish added.

Ripa asked, “Why do you have to wait?”

“I don’t know, he told me to wait a year,” the Girl’s Trip star answered