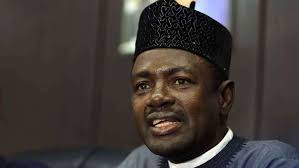 Nasarawa state command of the Department of State Services, has invited Labaran Maku, the National Secretary of the All Progressive Grand Alliance and former communication minister, over undisclosed matters.

Reacting to the summon, Maku said the DSS invitation was “a good one”.

Maku explained that he is not bothered by the speculations in the social media that he would be arrested.

He also enjoined politicians to stop the bloodshed of innocent Nigerians over the forthcoming 2019 general elections.

The former minister made his assertions in Lafia, following his interrogation by the DSS over unrevealed matters.

He said: “I was a commissioner, deputy governor in Nasarawa State and minister at the Federal level, but today, I am not longer in position, but I can still move around freely because I served the country very well and refused to be corrupt.

“So, leaders should understand that the authority and privilege of every public office would surely end one day, whether we like it or not.”